What is a Leather Carp? – Breeding, Identification & Catching Them

Carp fishing may seem simple on the surface, but underneath, there is a wealth of information you will need to learn if you want to become an extremely successful carp angler who can consistently put fish in the net.

You’ll need to learn all about the rods, reels and terminal tackle that best suit specific carp fishing approaches, all the rigs, presentations and baiting approaches, which baits work best for catching these fish and even the behaviours of these fish as they swim, below you.

When fishing for carp you’re going to come across a lot of species and subspecies of the carp family, including mirror carp, common carp, crucian carp, f1 carp and less commonly, ghost carp and sometimes even leather carp.

I’ve already written posts on the majority of these carp species but today, I’m going to focus on the leather carp to give an in-depth overview of this species of carp.

So, what is a leather carp?

What is a Leather Carp?

Compared to common, mirror and other types of carp, the leather carp is a rare species that are not very common at all. It is sometimes thought that leather carp are just mirror carp with even fewer scales, but they are a subspecies of the common carp in their own right.

To fully explain what a leather carp is, we first need to give a bit of background on how the mirror and leather carp were initially bred from the common carp through selective breeding.

Is it thought that the common carp was introduced into the UK in the 15th century as a food source for monks who kept these fish in abbey ponds.

Over the years, as the fish were selectively bred to increase the size of these fish the monks started to realise that some fish were beginning to appear with fewer scales than fully scaled commons.

This was a massive benefit for the monks as these fish were far easier to prepare for the table, and they also grew to larger sizes more quickly as the fish didn’t have to expend so much energy growing scales to cover their bodies fully.

These fish were referred to as “mirror carp”, and by breeding two of these mirrors together all of their offspring would also be mirrors.

During this selective breeding, it was also noticed that some fish would have very little or no scales at all, which were referred to as “leather carp”.

As these fish would make it even easier to prepare for food as they had no scales at all it was found that by breeding two of these fish together, all the hatchlings would not survive, which made farming them extremely difficult.

It was also noted that any leathers born would have insufficient resistance to diseases, slow growth and an overall poor survival rate.

To this date, farming leather carp is a highly challenging task, hence why these fish are so rare worldwide compared to species such as the common and mirror.

So, in simple terms, leather carp are a sub-species of the common carp that have very little or no scales, and their bare skin seems to resemble the appearance of leather.

Can Leather Carp Have Scales?

It’s a common misconception that for a fish to be classed as a leather carp, then it cannot have any scales on the fish at all. This is wrong, and most leather carp will have a few scales.

These scales can usually be found on the dorsal line, which is just the area below the dorsal fin of the fish and close to the tail of the fish.

What’s the Difference Between a Mirror and Leather Carp?

On the surface, the main difference between a mirror carp and a leather carp is that leather carp will have even fewer scales than mirrors and generally won’t have more than 5 scales, and some don’t even have any scales at all.

Some people believe that leather carp are just mirror carp with fewer scales. They are similar in shape, both have barbells, and the only difference to the naked eye would seem to be the lack of scales.

This is not actually the case, though and the genes and DNA of these fish make them two different species.

Due to the fact that leather carp can not be bred together to produce healthy leather carp offspring then, it is no surprise that the leather carp is a rare species of fish.

Their growth is also slower, and they are more susceptible to disease than other carp species, so large leather carp are extremely rare and a highly sought-after fish for specimen carp anglers.

The largest known leather carp is thought to be “Heather the Leather”, which weighed in at its heaviest at 52 pounds and is thought to be caught over 75 times by anglers until her death in June 2010.

How to Catch Leather Carp?

Although leather carp is classed as a different subspecies of carp, they can still be caught using the same baits, tackle and fishing approach as the common and mirror carp.

Their behaviours under the water are the same as other carp species, and they are mainly bottom feeders but will also feed at varying depths in the water column depending on conditions and natural food sources.

Leather carp will typically feed on molluscs, insects, larvae, fish eggs, worms, plants and algae but will generally eat anything that provides them with any nutritious value. 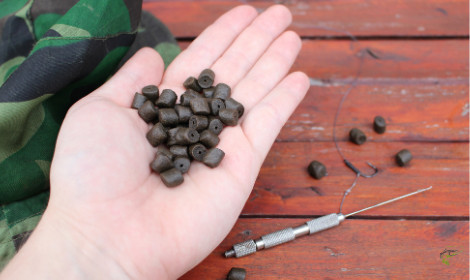 When it comes to selecting a bait to target leather carp, you can’t go wrong with the following popular carp baits:

Sweetcorn is a great bait for catching leather carp and other carp species due to it’s bright colour, amino acid content and also added sugars and salts that are added to tinned sweetcorn.

It can be fished in many ways, as a hair-rigged bait or as loose feed mixed into a method feeder mix, spod mix, or even thrown into a swim to help attract feeding fish.

Boilies may be the most popular carp bait, and you’ll find a nearly endless supply of different sizes, flavours and types in tackle stores across the country.

They are essential boiled balls of carp attracting baits that create a round bait with a hard exterior shell.

Once boilies are cast into the water, they will start releasing oils and flavours that are great for attracting fish into your swim.

Pellets are similar to boilies and are often made up of similar ingredients but with a softer outer coating.

This means they are quicker at releasing oils and flavours but will also go soft fairly quickly, making them less effective as a hook bait as they can be pinched from your hook or hair rig fairly easily.

Micro pellets are an excellent bait for fishing the method feeder or for baiting swims. 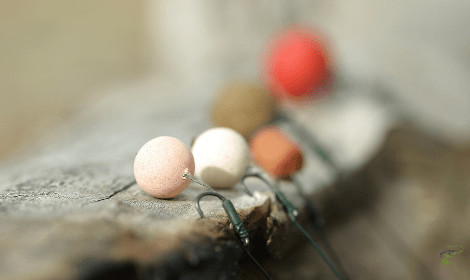 There aren’t any rigs that lend themselves to catching leather carp more than other species of carp, and anything from a simple ledger rig to PVA bags, feeders, zig rigs, and even surface rigs all have the potential to catch these fish.

Like any carp approach, you should choose to fish a rig that best suits the conditions you’re fishing in and where the fish are most likely going to be feeding in the water column.

More often than not, it can be a good start to try fishing a bottom rig if you’re unsure.

You should now have a better understanding of what a leather carp is, how to identify them, and what baits and rigs you can use to target them.

The leather carp is a sub species of its own but is relatively rare due to the difficulty of breeding these fish on a large scale, unlike mirror and common carp.

If you come across a leather carp, it can be identified by its carp appearance but limited or no scales at all.