What is the Life Expectancy of Carp? 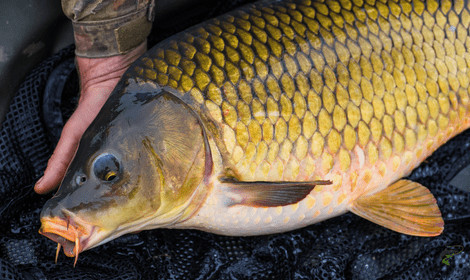 Carp fishing is becoming increasingly popular across the world and especially in Europe and the UK, as millions of anglers take to the banks regularly in the hope of putting some carp in the net.

Carp are a popular species to catch due to their elusive nature, the challenging and skilled methods used to catch them and also due to the large sizes they grow to, which results in a great fight.

Over decades carp have been selectively bred to produce fish that grow to much larger sizes that their predecessors that fight even harder than the generations before.

The lifespan of these fish is also thought to be increasing due to the breeding and also constant improvements in the way these fish are kept in fisheries and breeding ponds.

I’ve already written a post that covers how carp are being selectively bred to grow to even larger sizes that are consistently breaking world records every few years.

But, I’m yet to write about how old carp can survive, this is what’s going to be included in this post.

So, what is the life expectancy of carp?

What is the Life Expectancy of Carp?

Generally speaking, all carp do not live to the same ages, and there are distinct parameters that can prolong or reduce the life expectancy of carp.

Some of these will include how the carp are bred, what temperature the fish lives in, the oxygen content of the water, if there are predators in the water and how abundant natural food sources are all play a part in how long carp will survive.

On average, though, it is thought that carp can live somewhere between 30-50 years old as long as external parameters are kept at a good level.

Even though on average, these fish will only live to this age, there are reports of fish being caught that are thought to be upwards of 70 years old, and some even people even claim that some of them could be up to 80 years old.

Believe it or not, a Koi carp called Hanako that lived in Japan is thought to hold the record as the world’s oldest fish after it died in 1977 thought to be at the age of 226.

Hanako was thought to have been passed down through generations within a Japanese family. The story came to light after the owner “Komei Koshihara” was interviewed on a Japanese radio station.

After Hanako died, a few Biology institutes were called in to validate the age of the koi carp by counting growth rings on the scales of the fish.

This method of ageing fish is similar to the way that trees are aged by counting the rings of growth within their trunks.

Although a method used for centuries for dating the age of fish, it is not thought to be all thought accurate and Hanako has never been published in scientific papers, so it is impossible to say how accurate this story is and if Hanako did live to the age of 226

Let’s look at what can be done to extend the lifespan of carp.

How Do Carp Live Longer?

When it comes to prolonging the life expectancy of carp, there are a few things that will determine how high a chance the carp has to live a long life and grow effectively.

The water quality and oxygen levels also have a large impact on how long the carp can survive.

If oxygen levels become too low, then the fish will not be able to breathe in the water and will also stop feeding as often.

The optimal oxygen levels in ponds should be above 6  ppm to ensure the fish are feeding as much as they need to and will grow too old ages.

Depending on where the carp are situated will also have an impact on how old and large the fish grow. In warmer climates when the water temperatures stay consistently between around 20 to 25 degrees celsius, the carp can live for longer and grow to much larger sizes.

These optimum water temperatures allow the fish to feed happily all year round.

In colder climates, when water temperatures drop below around 15 degrees Celsius, the carp metabolism slows, and they can enter a state where they expend far less energy and often may only feed once per day.

In these climates, the natural food sources also drop considerably, so the fish will have far less the feed on.

It is no surprise that fish that live in these areas don’t live as long and don’t grow as large as fish that reside in optimal water temperatures all year round.

How abundant natural food sources are in the water will also have an impact on how long the carp will grow.

In fisheries, the carp in the water will have a near-constant supply of anglers’ pre-bait and other bait to feed on as well as the natural hatches of insects and larvae that take place in the water.

Lakes and ponds that have a high level of natural insects and plenty of hatches throughout the year will likely have plenty of carp living into old age.

In the UK and many places across the world, fully grown carp generally don’t have any predators, and the apex predator, the Pike will have no chance of consuming a fully grown carp.

However, baby and juvenile carp are always at risk of being eaten by predator fish which will have a major impact on what percentage of the carp population in a lake grow to adult sizes and live long, full lives.

Baby carp are at risk of being eaten by nearly enough species of fish in the water, even including large carp.

Carp spawn millions of eggs into the water during their spawning season, but an extremely small percentage will make it to juvenile fish.

If there are not any large predator fish such as pike in the water, then the carp will be far safer if they make it to juvenile fish and will have a far higher chance of surviving to greater ages.

Carp generally live to ages of between 30-50 years in good conditions, but there are many reports of carp living too far greater ages one fish is even claimed to have lived to the age of 226, but this is hard to confirm.

The life expectancy of carp can be increased by living in water with adequate oxygen content all year round, living in areas where the water temperature stays around 20-25 degrees celsius, where they have plenty of natural food sources and also in areas where natural predators are low.