Do Carp Put Up a Good Fight? – Explained 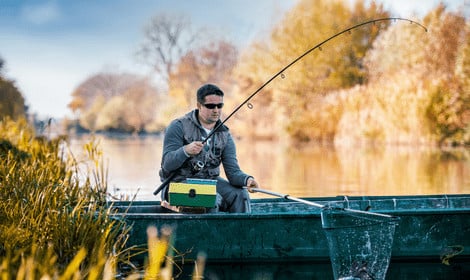 If you’re new to angling or specifically carp angling, I’m sure you’re going to want to know if carp put up a good fight or not before you get yourself to the banks.

Some anglers enjoy a relaxing day on the water with any fish, big or small, put in the net considered a success.

As carp anglers, the rush of adrenaline and effort of playing a large hard-fighting freshwater fish is why carp are one of the most sought-after sport fish in the UK and across Europe.

In this post, I’m going to answer the question of “do carp put up a good fight” for all of you anglers that have yet to hook into one of these large and powerful fish.

Do Carp Put Up a Good Fight?

To simply answer the question, yes, carp can put up an excellent fight with their large, heavy, powerful bodies and their large fins used to produce a lot of power under the water.

One of the main reasons why carp put up such a good fight is to do with the weights they can commonly grow to.

Over the years, world record carp have been consistently recorded, with the records being broken almost yearly.

These large sizes can fight harder with more weight and strength behind them due to centuries of selective breeding by monks dating back to the 1400s.

The monks started off the chain of selective breeding to grow the carp to larger sizes for a source of food but fish breeders carried on these breeding lines for stocking the fisheries we all like to fish today.

Through consistent selective breeding of the largest and most powerful fish, the potential sizes these fish can grow to and, therefore, how good the fight they will be able to put up is has consistently improved.

There are two types of muscle types that all fish have that power their swimming movements.

These are red muscle and white muscle. These names describe the amount of blood that flows through them, and red cells that carry oxygen are much more prevalent in red muscle tissue.

Higher red muscle density is common in fish that spend a lot of time constantly on the move, such as holding themselves in a moving current or moving around constantly to avoid predators or to look for food.

White muscle tissue is higher in predator fish that use bursts of speed to catch up with prey.

These fish with high white muscle tissues put up an explosive fight for a short period before they seem to run out of energy.

Carp find themselves somewhere in the middle between huge endurance and explosive movements. This can explain why their fights are so exhilarating.

As carp are cold-blooded, the water temperature will greatly impact how the fish will fight once hooked.

If you know much about how carp behave during the winter months, you will know that their metabolism and bodies slow massively as the water temperature falls with the air temperature.

This means carp will generally fight less during the winter when the water temperature has dropped considerably.

Some people believe that when night falls and we struggle to see, the carp will fight far less if caught.

This is not the case; carp can see far better than us in dark and murky conditions and will have no problem fighting hard in the dark.

Night carp fishing can actually provide some of the most lucrative.

How to Fight Carp? 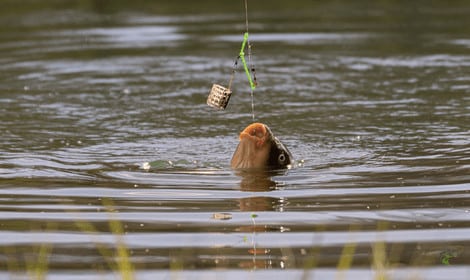 Now you know that carp can be some of the best fighting fish in our waters in the UK, I’m sure you’re going to want to know how to fight one.

Fighting carp is similar to most fish species but with a little more power with their larger sizes.

Before you start fishing for carp, you should ensure the drag is set on your reel so that a hard pull on the line will start releasing the line from your reel.

With hard-fighting carp, this is essential to avoid any fierce takes or runs breaking your line.

Once you hook into a fish:

Carp can put up a really good fight in the right conditions. In the UK, hooking into as large specimen fish will be the best fight you will get from any Stillwater fish across the country.

This is one of the main reasons carp are so highly recorded as a sport fish in the UK.