Why does carp get a bad reputation as an edible fish? – Full Details 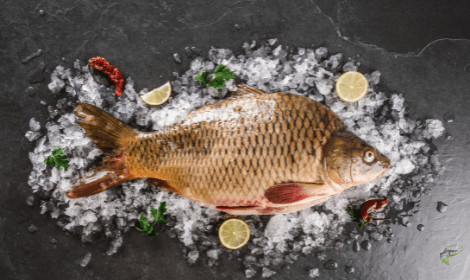 In the UK, carp are considered one of the most sought sport fish.

Anglers will flock to day ticket waters hoping to catch the largest or most fish in a session.

Every fish is put back safely after catching it, and no one (that I know of) will think about consuming them as a food source.

In fact, strict rules are in place that all fish must be returned safely to the water.

But, everywhere, that is not the case.

In some parts of the world and across Europe, carp are eaten as food.

So, why does carp get a bad reputation as an edible fish in the UK and other places such as the US.

In this post, I will dive into why carp are largely classed as unedible compared to other freshwater fish such as trout and salmon.

Why does carp get a bad reputation as an edible fish?

One of the main reasons carp get a bad reputation as edible fish is the flavour and processing time needed to prepare a carp.

With carp growing too large sizes quickly, it makes it difficult to process the fish suitable for eating. When eating small freshwater fish such as trout, they can be filleted and ready to cook far quicker than a 10lb+ carp.

Carp are also extremely boney with bones through the meat, which put a lot of people off.

However, the bones are bigger and flatter than smaller freshwater fish, so there is less chance of finding a stray bone in your mouth if you process the fish properly and remove leftover bones once the fish is cooked.

The flavour of these fish is also seen as undesirable to a lot of people, but this could just be down to people’s perception that it should taste like the fish they’re used to consuming.

Carp meat is darker in colour and a lot fattier than trout or salmon.

If the fish is not handled correctly when catching and killing, the meat can take on a “Muddy” flavour. People believe this comes from the fish’s diet, but this is not the case.

If the fish is not kept cool or killed and ice immediately, histamines are released into the blood. This softens the meat and gives it that “Muddy” flavour.

By keeping the fish alive in cool water and leaving them to rest and cool in a bath of cold water and then killing and icing immediately, you can prevent the fish from taking on this flavour.

But, of course, this is a lot of work, and I’m unsure how your wife will feel with a live carp swimming in the bath before dinner.

These factors have built up a reputation that carp is inedible, but if killed, handled and processed correctly, many people believe it is a tasty and edible meal.

History of Carp as Food 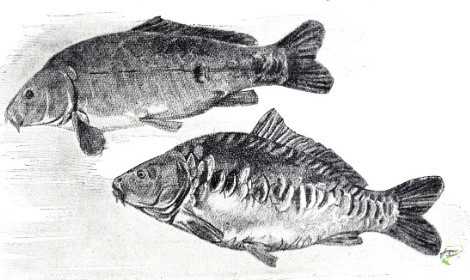 Although carp are not generally consumed in the UK, this was not always the case.

Carp are native to Europe and Asia but nowadays can be found on near enough every continent on the planet.

It is thought that carp were first introduced into the UK by the 15th century by monks. These monks domesticated the wild fish from mainland Europe and kept them in ponds on abbey grounds to provide food.

Access to the fish in these abbey ponds was very closely controlled so the soft white meat of these fish was not available to the masses. In these times, carp meat would have been seen as an extremely high-value food.

Selective breeding allowed for these relatively small wild fish to begin growing to then-unprecedented sizes which began the transition into the breeding of the massive fish we have swimming in our waters today.

Over these initial years of carp in the UK, escapees and transfers into rivers and lakes began the spread of carp in UK waters. Due to carp yielding hundreds of thousands of eggs per spawn the more “wild” population began to grow rapidly.

As carp are bottom feeders and root up vegetation, it is thought that some native species such as Rudd and Tench may have been saved by these fish. The hundreds of thousands of eggs expelled into the waters during the carp spawn also provide a food source for native fish.

This marked the beginning of the carp population in the UK but the real angling side started in the 18th century when new variations of these fish were imported from Europe. This started with the importation of mirror carp from Holland and Germany.

Thomas Ford, who owned “Manor Fisheries” was the first man to kick start carp angling in the UK.

These imported fish were stocked in his pond and were often over 10lbs which dwarfed the native fish such as the perch and roach that anglers were used to catching.

Due to their sheer size and their reputation for being hard to catch, the carp fishing craze started, and anglers came from far and wide to try to catch some of these fish.

Originally fish from Holland had the ability to grow to unimaginable sizes through sustained bone growth for longer than usual.

Although carp have built up a bad reputation as an edible fish in the UK and other parts of the world, they are still classed as a tasty meal in other places.

If processed, killed and handled correctly, they may not be as bad as everyone expects them to be.

Unfortunately, or fortunately, in the UK, you will find it difficult to catch carp that you are allowed to kill and take home to taste.

I hope you’ve found some useful information in this post; if you have any questions, don’t hesitate to leave a comment below, and I’ll get back to you ASAP.