When Are Carp at their Heaviest? 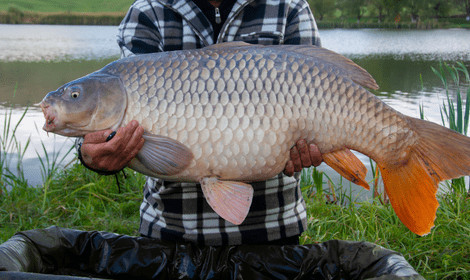 Carp fishing is becoming increasingly popular in the UK, Europe and other parts of the world, with millions of anglers taking to the banks to try and beat their PBs every year.

Carp have been selectively bred over decades which has seen consistent growth in these fish, with world record weights being recorded every few years as successful newly bred fish put on more weight than their predecessors.

This is one reason carp angling is becoming so popular as they grow to massive sizes compared to other coarse fish swimming alongside them.

The specialised tactics for catching them also adds to the challenge that some anglers can’t pass up.

Over the year, the carp’s weight will likely fluctuate due to external parameters and the abundance of natural food sources in the water.

So, if you’re looking to beat your PB’s then there are a few times throughout the year that the carp may weigh heavier.

So, when are carp at their heaviest?

When Are Carp at their Heaviest?

This is not an exact science and can vary depending on the water quality, how much natural food is present and even how overfished the venue is.

If the venue is fished consistently throughout the year, then the carp will likely put on fast with baits being fed into the water consistently.

Although carp are commonly bred for the ability to put on weight fast, there are thought to be two distinct times throughout the year that they can weigh more than usual.

These two times of year are: 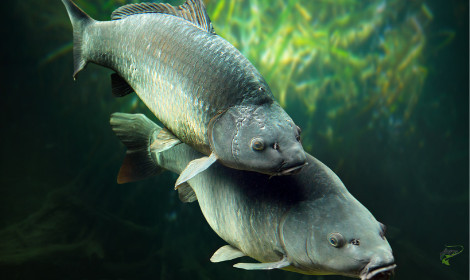 Spawning is the act of carp breeding naturally in the wild and can occur multiple times a year depending on external parameters such as the water temperature, oxygen levels in the water, light levels and availability of natural food sources.

In the UK, this usually only occurs once a year, generally around April or May.

During the spawning process, the male and female fish will move to the shallow waters of the margins.

The female carp will be full of millions of eggs, and once she is ready to spawn, the male fish will flock to her and begin nudging her until she begins releasing the eggs into the water.

During this time, it will be common to see massive activity in the shallows with splashing and swirling (usually near weeds) as the female carp releases her eggs and the male carp its milt (sperm) to fertilise the eggs in the water.

Right before the spawn, the female carp can increase in body weight by up to a third as her body is full of millions of eggs ready for fertilisation.

It is also thought that in the month leading up to this spawning period, the fish will begin feeding more and packing on weight to provide enough energy to partake in spawning for a few days, where they will not eat as they’re purely focused on breeding.

Although the carp can be at their heaviest throughout this spawning period, it is unethical to target them as all they have eyes for is breeding.

Many commercial fisheries will close during this period to allow the fish to reproduce.

Usually, the fish will not be interested in any baits at this time anyway, so it’s best to leave them alone until after the spawning period when they will be ready for another good feed. 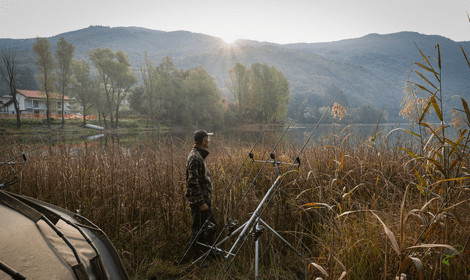 The other time of the year when carp are usually at their heaviest is towards the end of August and the beginning of winter.

During the winter as freezing air temperatures lower the water temperature around the carp, the fish will behave very differently and feed far less and expend far less energy.

As carp are cold-blooded their body temperature fluctuates with the water temperature around them, and these cold temperatures drastically reduce the metabolism and movements of these fish.

Since the carp will feed and move far less throughout the winter and natural food sources are far less abundant, they need to pack plenty of weight before the freezing temperatures arrive.

This is why Autumn can be a great time for carp fishing, as the fish sense the slowly dropping water temperatures and the lower light levels and can feed far heavier than at other times of the year.

This extra weight is used to sustain them through the cold month, and some people believe they put on this weight in fat to help insulate somewhat from the freezing temperatures.

The weight of individual fish can fluctuate quite a lot over the year; this doesn’t always have to do with how much they eat.

During the spawn, the fish can put on up to a third of their body weight in extra weight as they carry millions of eggs before releasing them into the water for fertilization.

You should avoid fishing for carp during the spawning period so if you’re looking to target carp at their heaviest weight, then a good time to get to the banks is the end of autumn, moving into winter.