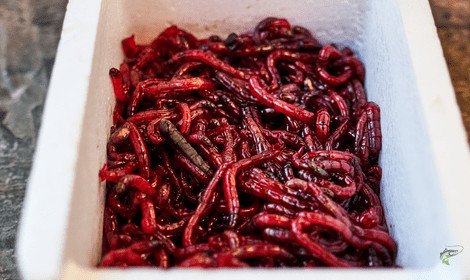 Carp fishing can seem like a complex hobby if you’re unfamiliar with the specialised tackle, baits, carp behaviours, rigs and the various fishing approaches you can use to get your first fish in the net.

The baits used for catching carp vary widely from your typical worms and maggots to specialised baits developed to catch carp, such as boilies and some pellets.

These carp can grow to unimaginable sizes and are unmatched when paired with a lot of the other coarse fish swimming in our waters. So it’s not surprising that carp fishing is fast becoming one of the most popular areas of angling in the UK and Europe.

To become a highly successful carp angler, time and effort need to be put into learning all areas of angling.

One of these areas is, of course bait.

If you don’t know what the carp like to eat then there’s little chance you’ll be able to catch them.

I’ve already written posts on some of the most popular bait choices, such as boilies, maggots, pellets, boilies and ground bait, but today I’m going to mix it up and investigate a less common fishing bait: the bloodworm.

Yes, carp do like bloodworms, and they are actually one of their primary natural food sources. Carp are opportunistic feeders and feed on anything they deem edible.

A large portion of their diet is waterborne invertebrates, including crustaceans, mollusks, insects and larvae.

One of these invertebrates is the bloodworm, which is extremely common in ponds and lakes.

Bloodworms are the larvae of the midge fly and are a type of segmented worm if left uneaten by carp and other fish will develop into flies.

The midge flies lay their eggs on the surface of the water, and the eggs will sink to the bottom of the water.

After hatching, they will burrow in the silt and begin the growing process where they will consume organic matter in the water.

After two to seven weeks, they will enter the pupae stage and will eventually swim to the surface, where they will emerge as an adult a few hours later.

They get their name from their vivid bright red colour, and nearly all freshwater fish enjoy feeding on this protein-rich worm.

They commonly burrow into the silty substrate on the bottom which provides them some sort of protection from a lot of the fish swimming in the water that will have a hard time finding them and digging them out.

For the carp, though, this is no problem at all.

Carp have a highly adept olfactory system that they use to basically “smell” the water where they can locate bloodworms and other food buried in the silt.

This olfactory system allows the fish to hunt down amino acids in the water, which bloodworms are full of.

Once they have found a bed of bloodworms, they will root through the silt and dig up as many of these worms as possible.

So, yes, carp and other fish in the water column love feeding on bloodworms and their population is usually plentiful, so the carp will be more than familiar with feeding on these worms.

How To Use Bloodworms?

Now that you know that carp are extremely fond of eating bloodworms, you probably want to know if it’s worth incorporating them into your fishing approach.

At commercial fisheries, it’s often not very common to see anglers fishing with bloodworms, but this may be because they want to try and deter any nuisance fish in the water and primarily target the carp.

But, if you don’t mind catching other fish in the process, no matter the size, then bloodworms can be a great bait choice.

Let’s take a look at how you can use these worms as bait.

An important step in fishing with bloodworms successfully is to fish over the existing natural beds of these bloodworms where the carp may already be used to feeding.

Unfortunately, finding these areas is not all that easy and can take some learning.

As I mentioned earlier, the bloodworm will burrow into silty lake areas, commonly with light weed cover.

To find these areas, you can use a lead and cast around the venue until you find an area where you can feel the lead dropping onto silt through the line.

As bloodworms are so small and delicate, you’re not going to be able to hook them directly, but they can work wonders when baited into your swim mixed with other carp baits such as chopped boilies, hemp and even sweetcorn.

Since bloodworms are a natural food source for the carp, a lot of anglers believe they can be a great addition to any baiting mix, and even if the carp are not in the mood to feed, the natural scent can bring them into the area to investigate.

Once you’ve made up your baiting mixture with boilies, pellets, sweetcorn, hemp or any other carp bait you typically use, you can bait up an area with a good few spods worth of the mixture before casting your rods and hook baits on top of this area.

As the carp come into the swim, following the scent of the bloodworm and other mixture they will hopefully start to feed and pick up your hook bait in the process.

When fishing over baited bloodworms, you can use various bottom rigs. One of these could be the Ronnie rig paired with a boilie.

If you’re baiting with boilies in your spod mix, the rig and bait won’t look out of place.

The bloodworms will act as the attractant, and the boilie will be a larger and easier bait to pick up amongst the mixture.

Carp will often feed on bloodworms on the bottom, and they are one of their most common natural food sources.

Due to this, it’s no surprise that using bloodworms in your carp fishing approach can be extremely effective if done right.

Commonly, bloodworms are added to spodding and baiting mixes as they are too delicate to hook directly as a hook bait.

Give it a go next time you’re on the banks but make sure you find a silty and relatively debris-free swim to fish over to utilise them in the most effective manner.