Carp Fishing with Worms – When and How to Use Them 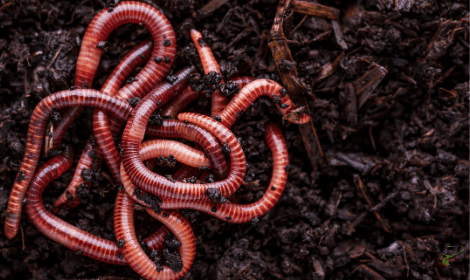 As far as carp fishing with worms go I’d say it’s pretty uncommon. I genuinely don’t think I can recall speaking to more than a handful of people using worms at any carp venue I’ve visited.

Does this mean they are completely useless? Well no, not exactly. Worms can actually be a great bait for fishing for carp when used in the right situations and should definitely not be avoided and you’ll know why after reading this post.

When to Use Worms

If you’ve read out post of carp fishing with maggots then you’ll know that they really shine throughout the winter months when carp are far less active.

Unfortunately though for worms, the answer is just not as clear cut. Worms are a great natural bait that will catch nearly all the fish species in the water you are fishing.

So, put incredible simply, worms are best used when you’re looking to catch plenty of fish when you don’t really care what species or size of fish you’re catching.

Even though worms seem to work great throughout their natural appearance and oozing attraction could just make the difference of catching fish throughout winter with keeping things as simple as possible.

The great thing about using worms for targeting carp is that they are versatile and can be used in various approaches.

For example, they can be used for float fishing, mixing with groundbait, hair-rigged as a bottom bait or you can even use chopped worms and the soil they are produced in for a great attractive cloud to target fish higher up in the water.

As I mentioned above, the ways you can use worms in your carp fishing tactics is extremely broad. Once method that seems to appear time and time again is the worm kebab. It might sound daft, but the carp just can’t seem to avoid worm kebabs.

The worm kebab refers more so to the way that the worms are skewered and placed on a hair-rig more so than the full rig that is used for fishing with worms.

This hooking method can be paired with rigs such as simple helicopter is to take advantage of the excellent self-hooking properties and to avoid tangles, feeder rigs or if you really wanted you could use the worm kebab for float fishing but this would be pretty uncommon.

The following video will show you exactly how to make yourself a worm kebab for catching carp and other coarse species but I’ll write up a quick step by step explanation below as well;

Unfortunately for us carp anglers there can be a lot of species swimming alongside the carp that can be regarded as nuisance and fish that you want to be staying away from your hook bait.

Many anglers use larger baits such as boilies or pellets to deter these small nuisance fish so your bait is left specifically for carp or large specimen fish, which surely cannot be seen as a nuisance.

Worms are not one of these baits, worms are loved by every “nuisance” fish under the sun so you best believe you’re going to be getting a lot of interest in that hair rigged worm.

In a lot of cases this might be seen as a great thing, for example, you’re heading out with a new angler who wants to catch as many fish as possible and doesn’t really care about the species or size. Great! Try worms.

But what about an experienced angler fishing overnight for a few large carp in a venue. Would worms be a good choice of bait here? No probably not (unless they are using large bunches of hair rigged worms).

In this situation nuisance fish would have bite alarms buzzing all night with very little sleep and most likely no sighting of the large fish they were after.

Although you might not have heard of many day ticket anglers using worms to target carp it definitely doesn’t mean they should be avoided.

When used properly using worms, a natural carp food source, can entice they elusive fish of taking your hook bait but be aware of all the other fish that are also going to have a keen interested in your worm kebab.

If you have any experiences of catching carp with worms then please leave a comment below.