Do Carp Have a Sense of Smell? – Explained 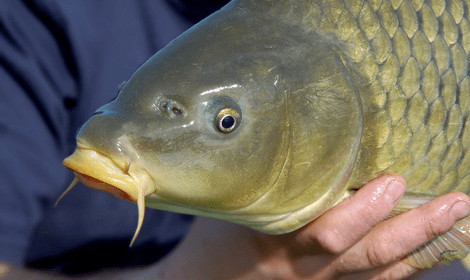 On the surface, carp may seem common and fairly uninteresting fish, with not many anglers paying attention to their anatomy.

It is, without a doubt that the best anglers among us will have some sort of understanding of the anatomy and behaviours of the fish they enjoy catching.

The anatomy and behaviours of the fish directly impact the fishing approaches that have been developed over the years, and by learning about them for yourself will give reasoning as to why you are targeting the fish the way you are.

I’ve already written posts on carp’s sense of taste and sight and today, I’m going to be focusing on if carp have a sense of smell and how this works.

So, do carp have a sense of smell?

Do Carp Have a Sense of Smell?

Yes, carp have a sense of smell that is extremely powerful compared to humans.

Us humans use our nostrils to smell the air, but as carp are constantly submerged in water, their sense of smell or “olfactory system”, as it is often referred to as needs to “smell” within the water.

This sense of smell is used for sensing chemicals diffused in the water to find food, finding a mate during the spawning season and also any chemical messages released from predators in the carp’s early stages of growth (carp generally don’t have any predators once they’re large enough).

If you pay much attention to the carp you have caught, you will notice two openings covered by skin flaps in between the eyes and mouth of the fish.

These nostrils (sometimes referred to as nares) are the opening to an extremely sensitive olfactory system that can sense dissolved chemicals and substances in the water in extremely small quantities and from large distances away so they can either hone in on a food source or avoid predators.

You can spot these in the picture above, but next time you have a carp in the net, take a closer look.

How Do Carp Smell?

Now that you know that carp have a highly sensitive sense of “smell”, then let’s take a look at how exactly this olfactory system works.

Under the flap of skin, each nostril has two holes, one for channelling water in and one for releasing the water out.

Within the “tube” system of the nostrils, there is something called the “olfactory epithelium”. This is what allows the carp to sense the dissolved substances in the water and determine if something is an edible food source and worth tracking down.

There is a constant flow of water in and out of the nostrils and passing over the “olfactory epithelium” to constantly smell and detect substances in the water as the carp moves.

This constant flow is due to pressure differences between the two holes or by the beating and movement of tiny hairs within the tube of the carp’s nostrils.

How Sensitive Is Carp’s Smell?

Carp’s sense of smell is highly sensitive and can detect extremely low levels of chemicals.

These chemicals are given off by natural food sources such as blood worms, snails or crustaceans in the water.

This highly sensitive olfactory system can sense food sources buried in silty areas of the lake or from far distances if the bait is highly concentrated in one area.

As I’m sure you will be aware, carp will root around in the silt on the bottom of the water looking for any natural food sources such as blood worms or of course baits.

Their sense of smell can even detect the chemicals released when the bloodworms or bait is buried in this silt, so they know exactly where to look.

Once they have located the area of food, they will then use their sense of taste and even their eyesight to help further locate the bait as they dig around in the silt.

One of the chemicals that carp are great at detecting is amino acids. Studies have shown these amino acids to be feeding triggers for the fish.

This could be because the natural food sources discussed above will release amino acids and smells into the water, which draws the carp in.

How Do Baits Take Advantage of This?

I’m sure you now want to know how this relates to your fishing approach and your baits. As you can imagine, bait manufacturers have been taking advantage of this known highly sensitive olfactory system in carp for years.

One of the main priorities of bait companies is the addition of water-solvable scents that the carp can pick up on from far distances with their olfactory systems.

This is also why liquid flavours, oils and ground bait have been developed and used widely, as they all give off scents and chemical trails into the water to aid carp in finding the bait.

Sweetcorn is also naturally high in amino acids, and the addition of sugar and salty that the corn is commonly soaked in tins it’s no surprise that this bait is one of the most popular and versatile.

If you’re fishing a commercial venue or heavily fished venue, the carp can quickly adapt to certain smells given off by baits that anglers use.

This can explain why using similar baits that other anglers are catching on in a venue can aid your success as the fish may be keen to track down the familiar smell for another feed when they choose to do so.

As carp’s sense of smell is so sensitive, even a single hook bait is enough to bring in hungry fish, and there is no need to go overboard with flavourings and pre-baiting.

Carps’ sense of smell is extremely powerful at picking up chemicals in the water, allowing them to effectively track down food, avoid predators and find a mate during spawning.

You should now have a basic understanding of the anatomy of the carp’s olfactory system and how this has greatly impacted the baits we all use as anglers today.

Thanks for reading; I hope this has been reasonably helpful.