Are Carp Invasive? – Find Out Here 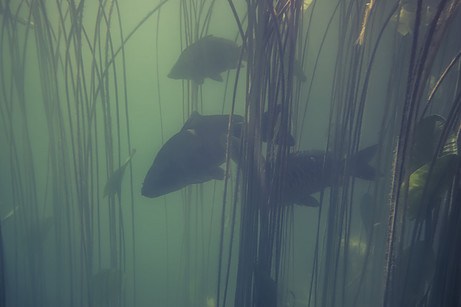 Are carp invasive? Yes, in areas that they are not native to, they can be very destructive to the habitats and also put a serious strain on the native fish that inhabit the waters they are introduced to.

Let’s take an in-depth look at carp in terms of them being an invasive species and how they can affect non-native ecosystems.

Carp as an Invasive Species

Despite carp being a very popular sportfish in their native ranges of Europe, the U.K., and Eurasia, carp have become a seriously detrimental invasive species in other parts of the world, particularly in the United States and Canada.

You can’t blame the carp for being an invasive species, as many animal and plant species that are transplanted to areas far from their native range are also detrimental to the non-native habitats they find themselves in.

This is more to do with the failures of humanity to understand nature and the effects of transplanting these animals and plants, although, in the case of carp in North America, this was an accidental cause.

For example, in some areas of the United States, the problem has become so bad that it is actually illegal to release a carp that has been caught, even accidentally.

Why are Carp Detrimental to Non-Native Environments?

There are many reasons why carp are bad news for the non-native waters they inhabit. Many of these reasons are due to out-competing the native species, eating native prey fish that can’t handle the voracious eating habits of carp, and reducing their numbers, in turn affecting the whole food chain, and the changing of ecosystems due to their habitat destruction.

We will use the United States as our example of how carp have affected the native waterways.

When a carp population is established in a body of water, it will begin to proliferate and explode in numbers, and this is due to a number of reasons. These reasons typically can be narrowed down to fast growth rates, which mean that they are vulnerable for a shorter amount of time as small prey fish and sheer numbers of eggs laid and hatched, with the potential to spawn multiple times in a single year.

With this ultra-dense population, the carp simply eats much of the prey and food needed by other fish, many of whom feed similarly to carp, like suckers, whitefish, and redhorse. The Redhorse is somewhat similar to carp in appearance at first glance and feeds similarly as well.

In some parts of the United States, some species are now on the threatened list due to carp among invasive species, issues, and reasons. Some examples are the sickle redhorse in the Southeastern United States and the River Redhorse in Wisconsin.

Vegetation destruction is also a detrimental effect of common carp introduced into non-native waters. This reduces or eliminates the cover needed for panfish such as bluegill, perch, bass, and various small fish species, juvenile fish, and even larger fish, and increases the levels of predation due to the lack of cover to hide in by other fish and birds like osprey, herons, and eagles.

Due to the tendency for the population levels of carp to skyrocket in these waters, this also means that they increase the water turbidity, or in simple terms, make the water very dirty and stirred up, with sediment suspended throughout the water column and turning the lake into a chocolate milk color, and in many cases, this can be compounded further by the lack of vegetation.

Where else Have Carp been introduced?

Carp have proliferated around most areas of the globe at the present time, with populations in Australia and Canada, for example. In fact, Carp are now present somewhere on every continent on the planet, except for Antarctica, and in many cases, these introductions have proved detrimental to native species.

Bowfishing In the United States

One method used to help reduce populations in the United States is the sport of bow fishing. Bow fishing has become increasingly popular over the last decade and can be done from shore, wading in rivers, or from boats.

Using a compound bow and a specialized reel that incorporates a spool of line and a heavy fiberglass arrow with a barbed tip, the bow fisherman stealthily prowl the waters during the day and after dark to shoot carp.

Bow fishing can be incredibly challenging as most shooting is done instinctively without the aid of sights and, in many cases, on quick-moving targets. Bow fishermen also have to contend with water refraction, which makes the fish appear in a different spot than it actually is. If you stick a pencil in a half-filled glass of water, you will see what water refraction is.

Bowfisherman that fish at night also spend tons of money on their boats, installing onboard generators to power a large amount of very bright floodlights to light up the water as they slink through the shallows.

Some bow fishermen might smoke the carp in a smoker and eat them. Others might throw them in the garden for fertilizer or feed them to the farmer’s pigs, for example. 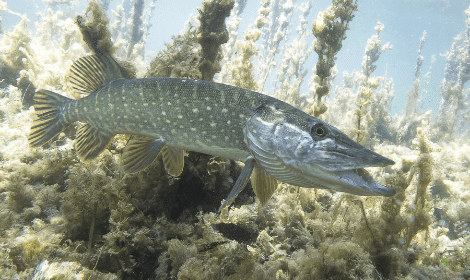 Some fisheries biologists might encourage the stocking of predatory fish like pike, muskies or the hybrid tiger musky, which is a pike and musky hybrid and reproductively sterile to help deal with an exploding carp population.

Although muskies might not be native to a particular body of water, in most cases, they could be native to the lake just down the road and is still a native species. Many studies have concluded that introducing muskies to lakes they don’t inhabit in regions where they are native has little to no detrimental side effects.

If planting fish like muskies is a concern, they often choose the hybrid tiger musky, which cannot reproduce, and within 20 years or so, the species will simply die out of old age.

Common carp are just one of many invasive species on the planet, and most species can be invasive if introduced into non-native environments.

It’s important for people to be aware of the damage that can be caused when invasive species proliferate, such as people who release pet fish like koi or other species into non-native environments. 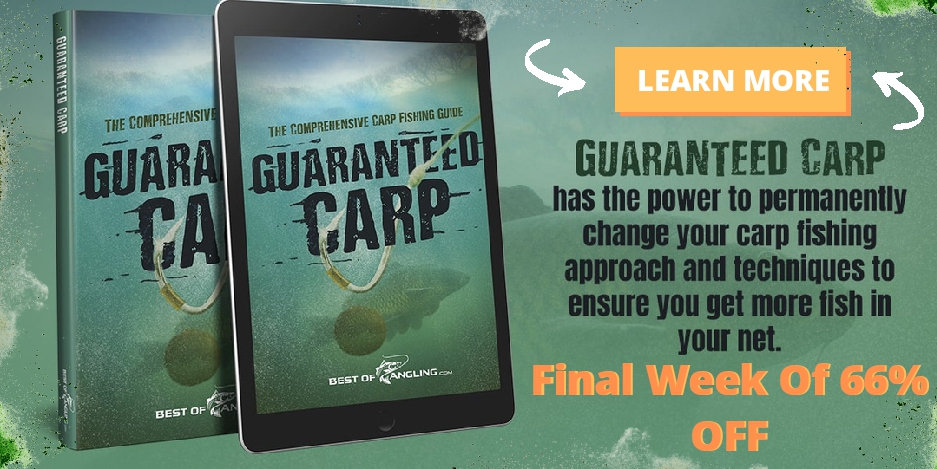 Would You Like To Guarantee More Fish In Your Net? 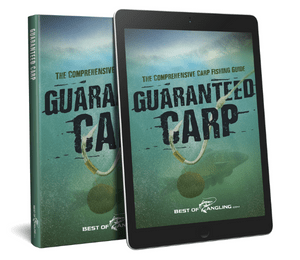 Learn how to consistently put fish in your net by reading my 144-page superbly researched, straightforward guide to the proven methods of catching carp.

One of many 5 star reviews: