When Do Carp Start Feeding In Spring? 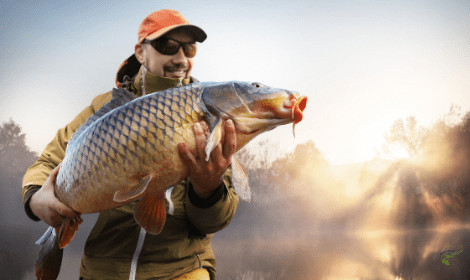 Spring is a lot of people’s favourite season of the year for many reasons, including the pleasant weather, the growth of new foliage everywhere and the promise of summer. However, another reason people love spring is that with it comes a fresh flurry of activity in the previously still lakes and reservoirs. That flurry of activity, of course, means that the carp have awakened from their winter lethargic state.

Winter is the dullest time of the year for carp anglers because the carp are sluggish, mostly unresponsive to bait and generally no fun at all; that’s not to mention the cold temperatures and less than ideal weather. Of course, all that changes when the temperature starts rising and one feels the smell of spring in the air.

However, it leads us to an all-important question. When do carp start feeding in spring? After all, that is the thing that can allow eager carp anglers to return to the water and have some fun after the long stretch of winter boredom.

So, let’s find out when carp start feeding in spring!

When Do Carp Start Feeding In Spring? 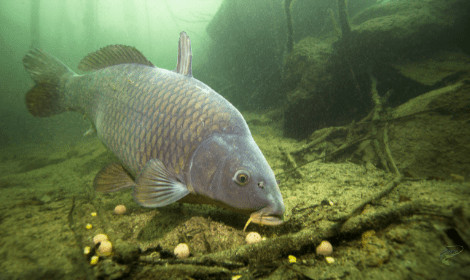 As the weather begins warming up, carp anglers begin frequenting the waters to see if they can spot any carp activity.

Carp generally begin feeding more little by little as the temperatures rise and the daylight hours increase as well. You can spot that when you begin to see silt clouds or bubbles in some spots in the lake. However, there are certain times in early to mid-spring when nearly all of the lake’s inhabitants wake up and begin feeding ferociously. Most of the time, this period occurs after three to four days of warm weather accompanied by mild nights.

The uncontrolled eating comes from the fact that the carp have been in a subdued and lethargic state for the entirety of the winter months, during which they only had their fat reservoirs for sustenance. By the time spring rolls around, their fat reserves have depleted, and the carp are dying for the chance to munch on some real food.

Since these post-hibernation feeding periods vary between different locations, it’s best to keep up with your local catch rates to see if the carp are ready to get back on consistent feed or not. Another great way to know when your local carp are ready to play is to frequent the venues yourself and look for signs of carp feeding or patrolling.

Where To Find Carp In Spring 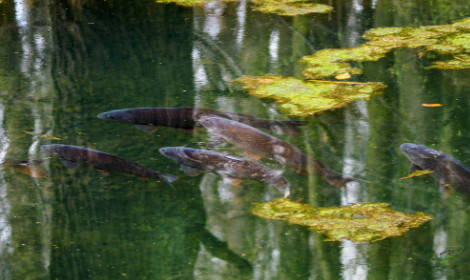 It’s a little tricky to find carp once spring begins because they’re looking for food but can still be easily spooked if you’re not careful. In addition, the feeding party is not in full swing in early spring, so it can sometimes be hard to figure out where exactly the carp are.

Once the days begin getting warmer, the carp will begin to move to areas that they have not been to for the entirety of the winter. The best place to find carp in the spring is in shallower waters.

Another place you might find carp during springtime is bottom bays. In shallow bays, some spots have more vegetation and cover than others. Those are the spots you need to target in spring to improve your catch rate.

As the spring progresses, you can catch carp near the margins as well. Most catches occur near margins that have shelves, vegetation or rocky outcroppings because the carp seek places with cover to feed. The vegetation also offers some natural sources of food so it is where the carp flock in the spring when they are desperate for food.

In addition, you can also abandon your usual venues in favour of some shallower ones such as canals or some tributaries because these water bodies warm up much faster than bigger lakes and reservoirs. This situation can usually cause the carp in the canals to start feeding earlier than the ones in deeper venues.

So, all in all, the key to figuring out where the carp might be in spring all depends on how warm the water is, what the weather is like and how deep the venue is.

Carp May Spawn In Spring — Will They Feed Then? 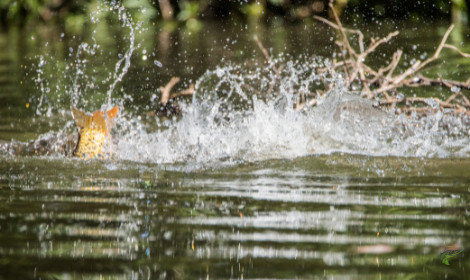 Now, if you’re a seasoned angler, you’re probably wondering — what happens when they spawn? As you know, carp spawn from late spring to late summer.

Generally, the aggressive feeding described above occurs before the carp begin to spawn, also known as the pre-spawn time. The carp have just come out of their slumber and have very depleted fat reservoirs. As soon as the oxygen levels in the water reach desirable levels and the temperature becomes warm enough, the carp begin spawning. It usually occurs in late spring and that’s when the carp refuse to feed on anything you bait them with.

In this time, it’s best to leave them alone to spawn in peace. Around mid to late summer, the spawning season ends and the carp come back to normal. That’s when they begin feeding again. In the first few days after the spawning ends, the carp are sluggish and slow to respond to most baits. That’s because they may be injured, exhausted or too weak to feed. However, as the days go by, they regain some of their strength and begin feeding aggressively.

This period of aggressive feeding is the post-spawn feeding period. It’s the time when you’ll get some of your best catches in the entire summer because the carp will bite on absolutely anything. If done right, it can be a very rewarding time for you and every other angler waiting at the banks to get lucky.

So, in general, it’s best to keep an ear out for news about the carp spawning in your local venue. If they’ve started, if spawning is underway, if it’s ended — these are all things you need to know to make sure you don’t miss out on the pre- and post-spawning fun.

Spring is an interesting time to fish for carp because of how spooked they can get and it’s often quite a while before anglers register their first bite. However, there are some things you can do to make sure you have some success on the water in early spring.

So, what are these tactics that can improve your catch rate?

Stay Close To Your Rod

In the spring, the fish are often exploring the water and might tuck into your bait before ejecting it. It’s important to stay close to your rod to see if you can detect any quiver in your line. In addition, a bite alarm might also be a great idea because it can detect even the slightest activity close to your line and might be a massive help when it comes to spring fishing.

Generally, anglers make sure that the area they’re fishing in is well and truly baited. They make sure to use as much bait as they can to draw the carp to their corner. However, one thing that many anglers don’t see is that a lot of bait can lead to disinterest from the few fish who are out feeding in early spring.

Or, they can go chasing far-off baits and you will be sitting there with no bites. In early spring, it’s best to bait the water with a few well-chosen baits such as corn or a few delicious boilies crushed into crumbs. Anything more and it might not lead to a lot of bites. The little amount of bait will ensure that the carp keep coming back for more.

Spring brings a lot of new weed and vegetation growth with it. Sometimes, carp gather in the cover that the new weeds provide or even hunt for food in between the vegetation. Either way, you can probably get quite a few great catches if you make sure to fish your line near the weeds with some choice baits.

This isn’t exactly new advice because in almost all the seasons, carp tend to gather wherever they can find cover, which includes weeds, of course.

Getting those lethargic carp to bite in early spring can be a game of planning and strategy as much as it can be of skill. One of the ways in which you can guarantee more catches is by planning your trip around the time when the temperature spikes or when you know there will be warmer winds coming in. These warmer winds drive food to the surface or the margins and can be great for fishing in spring.

Best Time Of The Day To Fish For Carp In Spring

While you can go carp fishing whenever you want, there’s one particular time of the day in spring when you’ll get more catches than other times. That time, of course, is the afternoon. From noon to approximately early evening, the water is quite warm because it has had the entire day to absorb the sun’s rays. The carp feed during this time quite freely which is why you’ll get a lot of great catches at this time.

As long as you polish up your basics and make sure to target the carp on warm days, you won’t have much trouble reeling in some big ones. In addition, here are some tips to help you get the hard-fighting carp that everyone wants to catch!

Spring fishing is a lot of fun if you play your cards right and it’s quite refreshing to try after a long winter of dormant waters. So, just follow these tips and head to the warm water for the best catches of the season!

2 responses to “When Do Carp Start Feeding In Spring?”