What is Foul Hooking? 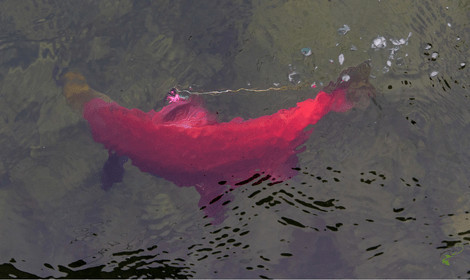 If you’re new to angling, there is a lot of terminologies you might come across that you have no idea what they mean.

Angling can be a complex sport with many tactics, approaches and tackle to learn before you can put a few fish in the net.

Angling usually involves targeting a fish species with a rod, reel, hook and some bait that is tailored to the fish you’re trying to catch.

The fish will try to consume your bait and pick up your hook bait with the hook attached which pierces through the lip of the fish as it tries to move away with your bait.

Sometimes though, this is not always the case and the fish can become “foul hooked”.

So, what is foul hooking?

What is Foul Hooking?

If you hear someone talking about foul hooking a fish they basically mean that they have hooked the fish anywhere that is not the mouth or lip of the fish.

This could be anywhere from the head, tails, fins or even the fish’s body.

Foul hooking may occur when some species come up to strike at a moving bait such as a spinner or lure, and if the fish misses the lure with its mouth, it may catch its body or fins of the hook if it follows through with the lunge or tries to turn away quickly.

Foul hooking can also occur with static hooks whether it be a floating rig with a bait suspended in the water or bottom rigs with a bait on the bottom.

It is far less likely to foul hook fish if you’re using bottom rigs, but it is not impossible and can happen.

Foul hooking should be something that we try to avoid as damage can be caused to the fins or the body of the fish which could reduce its chances of survival after being caught.

Foul hooked fish may also be harder to land than other fish, and it is common to feel like you have a much larger fish that you do hook or it may just feel like it is not fighting in the same way other fish of the same species do.

This is due to not having as much control over the fish as you can’t direct its head.

Foul hooking a tail for example will make the fight and movement of the fish feel far different as it thrashes its tail with your hook attached.

Sometimes, foul hooking is something that can’t be avoided, especially when using lures or moving baits.

If you foul hook a fish while reeling in your line, then there isn’t much you can do other than try to reel in the fish as gently as possible.

Remove your hooks as safely as possible.

Assess the fish for any serious damage, and if the fish is healthy to release back into the water, then you should do so quickly.

There are however some methods of fishing that may result in foul hooked more often, and there are ways you can change your approach to try and limit the chances.

How to Reduce Foul Hooking? 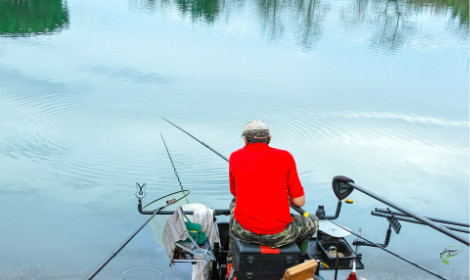 If you’re fishing a moving lure and a fish lunges for the lure but misses and becomes foul-hooked, then there’s not much that can be done to reduce the chances of this.

Also, if you’re fishing a bottom bait and the hook is wafted up during fish feeding and catches into a fish feeding over the hook, then there is also not much that can be done about this, and the chances of it happening are slim anyway.

Pole fishermen who usually fish for coarse species on commercial fisheries can often find themselves foul-hooking fish if they’re not careful, but there are steps they can take to reduce the chances.

Pole fisherman fish float rigs with baits suspended in the water, and they usually feed free baits to get plenty of coarse species feeding in the area.

If pole fishermen are fishing with float not tight to the margins or island they are fishing against, then as lots of fish feed around the bait, turbulence can be created that will waft your hook around the feeding fish.

If you find this is the case, then you should push your float as close to the island or margin as possible so that the fish can only feed on one side of your line, which hopefully won’t push your hook out into the shoal of feeding fish.

In all seriousness, though, there isn’t a whole lot that can be done to reduce the chances of foul-hooking fish but you should make sure you are as gentle on the fish as possible if you feel you may have something foul-hooked on your line.

If you’re new to angling and have been wondering what foul hooking means then you should have a good idea after reading this post.

Foul hooking is essential for hooking a fish in any part of the body that is not its mouth.

Many anglers will not class these sorts of catches as successful and will often not include these fish in tally of the session.

If anglers are even to foul hook a PB and safely get it into the net they will not count this as their PB until they catch it with the hook in the mouth of the fish,