Do Carp Die After Being Caught? 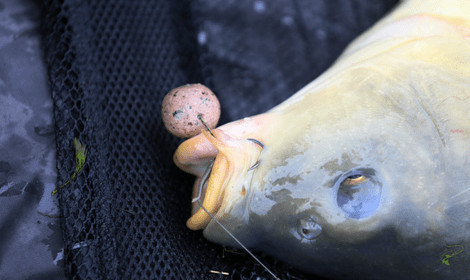 Carp fishing is a massive population hobby in the UK and Europe, with millions of anglers fishing for carp at least once throughout the year.

This number is constantly growing, and commercial carp fishing venues are common across the UK and Europe.

With a constant supply of new and inexperienced anglers, it is important that beginner anglers understand the importance of looking after the fish many people love to catch.

Carp fishing doesn’t just involve the tactics, tackle and baits used to catch them, but as it is primarily a catch-and-release sport you need to learn how to take care of the fish once they are out of the water.

For some reason, a lot of beginner anglers believe that carp will die after being taken out of the water, but this is not the case.

Let me explain why and the steps you need to take to ensure the carp stays in great condition after being removed from the water.

So, do carp die after being caught?

Do Carp Die After Being Caught

No, carp do not die after being taken out of the water, and unlike other freshwater fish, such as trout can survive for a lot longer than you would think without being submerged in water.

That being said, you should do everything you can to make sure that the fish is returned back to the water as soon as possible and in a healthy state.

Carp are known to be hardy fish and can survive in water with extremely low oxygen levels that other coarse and freshwater species just cannot live within.

Carp’s blood has a high affinity for oxygen, more so than other vertebrates.

There are many reports of carp surviving out of water for hours if they are kept damp and in certain conditions, but this is something that should definitely be avoided to avoid stress and potential death of the fish.

Every angler should limit the damage and stress to the fish, and it should be returned as soon as possible.

If the correct steps are taken using a wet landing mat and keeping the fish wet for the duration it is out of the water, then 5 minutes should be more than enough time to remove the hook, take a photo and then release the fish back into the water or keep net.

If you keep the fish out of water for 5 minutes or less in non-extreme conditions e.g. very hot or very cold, then the carp should not die after being caught.

Every angler should know the steps required to properly handle a carp out of the water as this will have a massive impact on the carps survival rate once released.

If the fish is removed from the water with a dry net, placed on the ground, and then released back into the water with dry hands, then there can be a large chance that the fish will not survive.

All carp, and other fish species for that matter, should be handled with wet hands and wet equipment.

This is to ensure none of the carp’s slimy protective coating is removed in the handling of the fish.

This slime is a protective coating that protects the fish from harmful bacteria and infections in the water.

The slime of carp and other fish is secreted from cells in the outside layer of their skin. The slime produced is called glycoprotein, and once mixed with water, the slimy touch of carp is produced.

If some of this slime is removed, then the fish can become susceptible to infections and bacteria in the water, which may result in the death of the fish over time.

Also, if no landing mat is used and the fish is placed on the ground, then not only will this remove the protective coating of slime, but as the fish struggles on the hard ground, it may cause damage to its body, head or internal organs which is another reason the fish may die after being released into the water.

To avoid this, make sure you use a large and soaking wet landing mat that will cushion any wriggles from the fish and will not remove any of the protective coatings.

What to Do if You Come Across an Injured Carp? 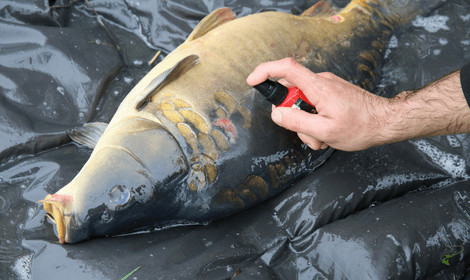 If you come across carp that have missing scales, predatory wounds or, for some reason, the carp cuts or grazes itself when you’re landing the fish (this shouldn’t happen if proper care is taken), you should carry around an antiseptic spray to help treat the fish.

This spray will rid the fish of any bacteria and helps wounds heal once the fish is released safely back into the water.

So, simply, carp do not die after being caught if the correct steps are followed to protect the fish once they are out of the water.

It is extremely simple to use a suitable landing net and mat and keep your hands and equipment wet, with 5 minutes being enough time to remove the hook from the fish, take a photo and have it swimming away healthy.