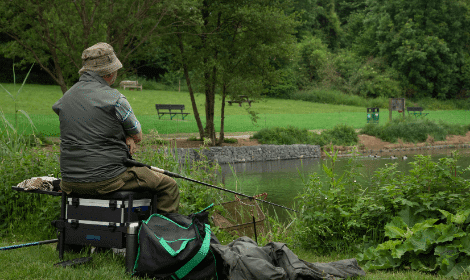 What Is Coarse Fishing?

Coarse fishing is a type of freshwater fishing in which the fish typically caught are catfish, carp, roach, pike, perch, rud, bream, tench, barbel or any other coarse fish variety. Essentially, all the fish found in the United Kingdom, not including salmon, trout, and sea trout, are coarse fish. But how is coarse fishing any different from game fishing?

Well, it’s quite simple, you see. One undertakes coarse fishing purely for entertainment, while game fishing is usually approached to catch fish to eat, which typically includes salmon and trout. Game fishing is also typically done with fly fishing techniques but we’ll get into that soon.

If your next question is where you need to start to become a pro at coarse fishing, we’ve got you covered.

When Is Coarse Fishing Season?

Coarse fishing season extends from 16th June of one year to the 14th March the next . This timeline applies to the UK’s entirety and is when anglers can go coarse fishing in all private and public rivers, canals, and streams.

But what is a close season, and why is there such a fuss about it? The term ‘close season’ refers to the three months starting from 15th March and ending on 15th June. At this time, coarse fishing is banned in all rivers and streams of the UK. However, canals and still-waters are exempt from this rule.

So, if you’re looking for some coarse fish to catch in this time, tough luck because the government employs patrol officers to enforce the close season, something tells me facing huge fines, and punishment might put a bit of a damper on a day out fishing!

Another thing to remember is that some private waters do not follow the same rules as public ones. Commercial fisheries remain open, as do some reservoirs.

But it’s all fishing in the end, isn’t it? The answer is no. Species differences aside, coarse fish is typically caught by bait. This method of fishing is known as bait fishing. On the other hand, game fish is captured by a type of fishing called ‘fly fishing.’ 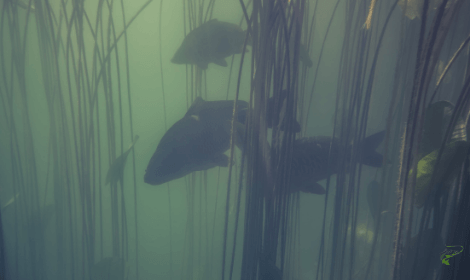 The most important thing that experienced and amateur anglers need to remember is the coarse fish species they’ve caught. After all, what use is it all if you can’t even boast about the kind of fish that you’ve caught?

Since coarse fishing is a very vast sport, it includes a lot more fish than those mentioned above. You can read all about the feeding patterns, seasons, types and habitats of carp on this website.

After you’re done reading the basics of coarse fishing, you will, of course, want to learn all about baits and how you can use them to catch your first ever coarse fish.

The first step is to head to your nearest bait and tackle shop. These shops are typically found near fisheries or other popular fishing spots. If you’re still confused, look up ‘bait shops near me’ to start.

But which baits are the best for coarse fishing, and how can you use them? The answer lies in research, experience, and how well you can memorize certain fish habits.

What is the best bait for coarse fish?

While there is a wide variety of bait that anglers can use for coarse fishing, some are more effective and cheaper than the rest. Let’s find out which baits work the best. 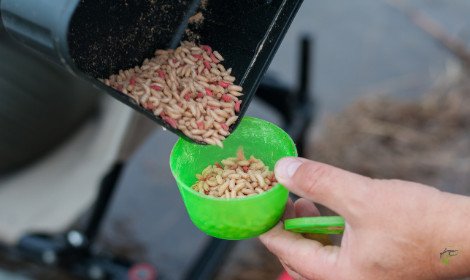 The most common bait for coarse fish is maggots. While one has to admit that they are slightly disgusting, there is no doubt about their effectiveness. They come in three different colours— red, yellow and white. Other bodies of water have different populations of fish which ultimately behave in different ways.

Ensure that you switch up your baits every once in a while to see which one works best for your area.

Said to be the best bait to catch carp on the surface, bread is a cheap type of bait that floats on the water’s surface and can attract plenty of fish. It is most effective when you can see fish patrolling the waters near the surface on warmer days.

So, next time you find yourself with some bread left over, make fair use of it by catching some carp with it. 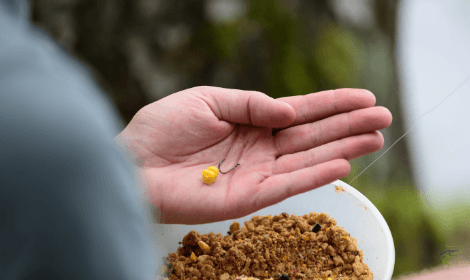 Humans and fish alike love sweetcorn, a fact that is demonstrated when you use sweetcorn as bait. It can also be easily customized— meaning you can add different colours and flavours to it too if it helps you attract more fish. Some other plus points are its easy availability and economical price.

Have some cheese in your fridge that’s past its best-before date? Fear not, because cheese (even the expired kind) makes for a great coarse fish bait. Just throw some pieces of cheese into the water and voilà; you’re ready to catch some tremendous coarse fish! 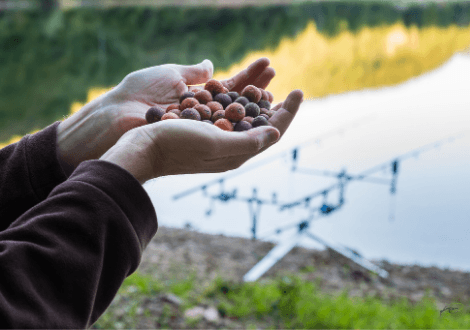 If you’re new to the coarse fishing sport, chances are you may not know what a boilie is. In that case, a boilie is typically a big, round ball commonly made out of a mixture of semolina, eggs, and fish meal (with occasionally some other flavours) that one can use to attract larger fish like barbels and carp.

While you can buy them online, an excellent quality about boilies is that you can also make them at home while using ingredients you find effective. Just look up a recipe for basic boilies, and you’ll be an expert in no time.

While an internet search will give you a treasure trove of effective fish baits, the ones mentioned above tend to be the best in terms of price, availability, and effectiveness.

If you’ve looked up fishing equipment on the internet, chances are the specifications of the different poles, floats, and fishing lines have made your head hurt.

If that is the case, head down for an easy guide to all the equipment you’re going to need when you go coarse fishing.

It is evident that the first thing you’re going to need when fishing is a fishing rod. While experienced anglers will go for more complicated models, beginners need to go for one that feels light and is made out of durable material.

If such a fishing rod also fits your budget, consider yourself halfway ready to start coarse fishing.

Hooks are essentially what the fish is attached to once it is caught. Most experienced anglers will recommend one that is free of barbs for ease of hooking and to avoid damage to the fish.

After the fish is caught, the crucial bit is not letting it go. Get a landing net that is made out of durable material to prevent large fish from escaping. Another important consideration is getting one made out of a softer mesh, so the fish is not harmed in it.

A fishing float is called a bobber in the US. It is used when the bait is thrown rather far away from where the angler sits. It allows the angler to see where the bait is while also keeping it suspended at whatever length the angler set it to.

There – that’s all of your essential fishing equipment covered. While there is quite a lot more stuff that you can buy to make your fishing experience a good one, these basic things will help you start. 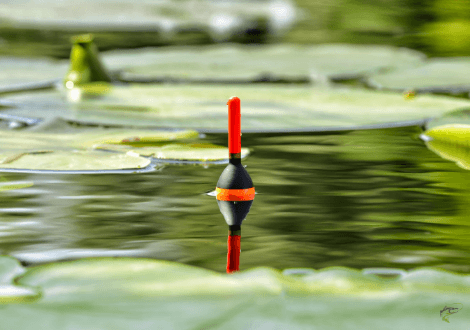 Like all things, coarse fishing includes a wide range of techniques. Anglers employ these techniques depending on their level of experience, the fish they wish to catch, and the water body that they are in.

If the names and methods of all these techniques are scaring you, know that everyone starts out the same way. All one needs to do is practice until they get better at it.

If you have recently gotten into coarse fishing but don’t know much about it, a thorough read of all the information mentioned earlier can help you get started.

You will learn what coarse fishing is, what it entails, the different equipment used, how you can fish, and all that there is to know about the various coarse fish species.