What is the Best Season for Carp Fishing? – Find Out Here 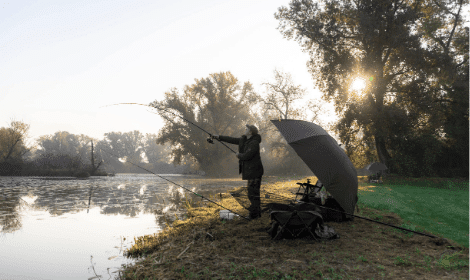 Answering the question of what the best season for carp fishing is isn’t really a straight forward answer. There are many periods throughout the seasons that can be phenomenal times to catch carp. Let’s dive into the topic and see if there is a definitive season that outshines the rest.

We should probably start this article simply by saying that this is kind of a “different strokes for different folks” topic. And not everyone will agree on what season is the best. Some anglers like the piece and quiet of winter and having the lake to themselves despite slower fishing.

Some will like summer because of the sunny warm weather, and fishing styles that shine in the summer are ones they like the most, like surface or weed fishing.

Some will like to fish most in the autumn for the increased feeding activity and stunning autumn colours.

And some will love spring like I do, for the sense of opportunity and new beginnings that is spring and the shallow water fishing it presents to us.

If you ask many anglers what season is the best, there’s a good chance they will say spring without hesitation, and for a good reason. Spring can be absolutely incredible for a few reasons. One main reason is the increasing water temperatures. When water temperatures increase after long periods of low temperatures in winter, carp move into the shallows where the water is the warmest, bathing in sunlight and just enjoying life, so to speak.

Spring is also the spawning season, which is another reason why the carp are up in the shallowest areas of the lake, they gather in abundance, and you will see a flurry of activity on the surface.

After the fish spawn, they typically stay in the shallows for a decent amount of time as the temperatures continue to increase. The warming water increases their metabolism, which in turn means that they feed more frequently. Couple the warming water with the fish recovering from the arduous spawn, and you have voraciously feeding carp in shallow bays and banks en masse, and I don’t need to tell you why that’s a good thing as an angler.

Spring is a great time to try stalking and margin fishing because of all the fish pushing into ultra-shallow water. If you’re not familiar with the tactics and gear involved in margin fishing the shallows, we have you covered! We have how-to articles on spring carp fishing, margin fishing, and stalking here on this blog. 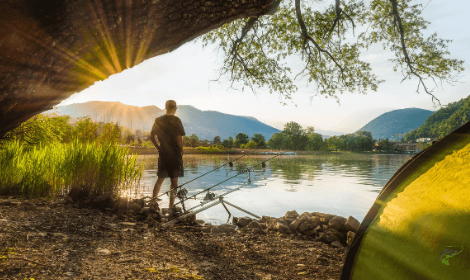 Summer can be great, but summer can also get slow for lengths of time. Typically in the dog days with hot, consistent weather. Typically in the summer, the fishing can be exceptional when you encounter weather patterns. Low fronts passing through your area can cause a massive spike in feeding as the barometric pressure moves after long periods of stability.

Stability is good and can allow for feeding patterns to develop among any species in the summer months, including carp. When you add in positive changing weather events after days or even weeks of stable weather, the feeding activity of fish can and most likely come unhinged with a flurry of feeding activity that could last hours or days.

This reliance on weather changes to trigger heavy fishing action in what is otherwise typically “run of the mill” or mediocre fishing is why most anglers don’t consider the summer months to be the best.

Don’t get me wrong, fishing in the summer can be great, and there are certainly plenty of opportunities to catch great fish on a regular basis, but when you compare the summer to the mad minute fishing that is spring, it’s simply not as good.

Summer can be a great time to try tactics such as surface fishing or fishing in the weeds, and wouldn’t you know it, we have those topics covered! 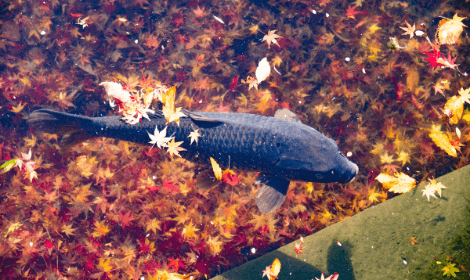 Autumn is the other season that is arguably the best season for carp fishing. And it’s really a showdown between the two seasons of spring and autumn .

As winter approaches and the water temperatures slowly start to drop over the course of a couple of months, the feeding activity of carp can and will go into overdrive, as is the case with other species, particularly predatory ones.

Fish know when winter approaches, and the steadily decreasing water temperatures are their cue to strap on the feedbag. They have to feed often to stock up fat reserves for the long winter ahead, and over the course of the autumn, you will encounter the fattest fish you have seen all season.

They don’t stop feeding, but the active feeding windows become smaller, and at times can be reduced to as little as 15-30 minutes in a 24 hours period, and you have to be in the right spot at the right time, having your bait in front of fish when the window occurs.

But early autumn and the mid-fall period is absolute dynamite, and there is no shortage of takes from carp in this period and is why many anglers rank autumn as one of two best seasons to fish for carp. 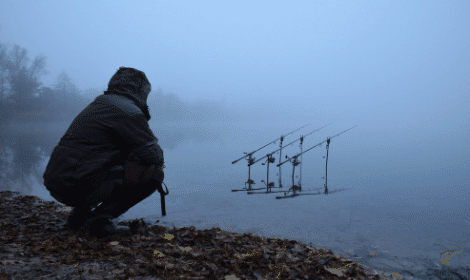 Winter is actually some carp anglers favourite time to fish but for many anglers it’s for the simple fact that there is a high chance that they have the lake to themselves, as winter scares away many of the weekend warrior type anglers and the hardcore carp fanatics love to take advantage of this.

As mentioned in the autumn fishing section, the feeding activity in the winter is drastically reduced when compared to other seasons, and the fish feed less often as well as consuming considerably less when they do feed. Carp also might go days without actually eating anything.

If the water temperatures drop low enough, they will also entire a torpid or lethargic state, sitting on the bottom of the deeper areas of the lake, river, or pond, with little movement for long periods of time conserving the maximum amount of energy possible.

But despite this discouraging information on carp activity in the winter, they can still be caught at this time as well. Due to carp having a serious lack of movement in the winter months, casting often is key.

Carp aren’t likely to come to your bait while traveling so you need to put your bait near them for success, so casting to a different location every 30 to 40 minutes is crucial.

Another crucial practice you must do in winter is to bait sparingly. Since the carp eat not only less often, but also smaller amounts when they do eat, its absolutely critical that you don’t overfeed them with free bait. This can not only cause them to have their fill before eating the hooked bait but also, if done frequently, can shut down the bite on smaller bodies of water for days or even weeks.

Fishing later in the day is a better option in the winter, as the feeding activity that does occur is typically when the day is its warmest, but don’t be surprised to find the fish feeding a couple of hours after twilight as well.

And I’m sure at this point you can probably guess, if you want to know even more about winter fishing, in particular, be sure to check out our articles dedicated to nothing but winter carp fishing topic;

So, what’s the Answer?

As you can see, the best season is kind of a toss-up between autumn and spring, but some of this is also simply angler preference. In my humble opinion, I would have to say spring.

Spring can be absolute mayhem on the water, with fish swarming in the shallows like a horde, gorging on any food they can find, and stretching their “legs” after a long winter.

Catching them can be as easy as putting a piece of bread on a bare hook and throwing it in front of their faces, and this can be done over and over again if the fish are stacked up in a single bay.

The fishing for me personally has been pretty incredible in the spring period, and even though I have had some serious success in the autumn months as well, spring really does stand out as being the best time to fish.

Not every carp angler out there will give you the same answer on the topic of the best season for carp fishing. And this can be due to many factors such as personal preference, location of the waters fished, and personal experiences. But looking at the topic objectively based on fish activity and feeding habits, we can deduce the best time based on that factor.