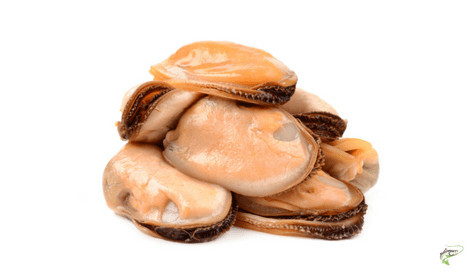 There’s no shortage of carp fishing baits on the market today. A trip into any tackle shop across the UK will have shelves lined with boilies, pellets, groundbaits, pop-ups and even coloured or flavoured sweetcorn.

The extensive range of carp baits in different sizes, flavours and colours can make selecting the most effective bait for the job a little confusing to beginner anglers.

The bottom line is all these baits will catch fish on their day.

A lot of anglers also swear by some more unconventional baits that you won’t find in the tackle store and will be more common in your local fishmongers or supermarkets.

I’ve heard many reports of anglers catching plenty of carp using mussels, and I’ve even written a post on if carp can be caught with prawns (they can).

So, in this post, I’m going to focus on “Do carp eat mussels” and how you can use them in your fishing approach.

Believe it or not, carp in some parts of the UK will consume freshwater mussels as part of their natural diet. So yes, carp do eat mussels.

The UK is home to six native species of freshwater mussels, with one of them being extremely rare.

The extremely rare “Freshwater Pearl Mussels” are present in select rivers across the UK, but due to their rarity, are heavily protected.

The other mussels are more common and can be found in rivers, streams, canals, lakes and ponds.

The carp will consume these mussels whole with the shell still on and break into the shell with their  “pharyngeal teeth” in their throat to get to the soft and nutritious meat inside.

As carp typically eat freshwater mussels if they are present and also other molluscs such as snails, it’s no surprise that a few anglers are catching onto this and fishing fresh mussels as hookbait or as loose feed for their fishing sessions.

Typically, you’re not going to find any freshwater mussel meat anywhere in the UK but saltwater mussels are fairly easy to come by in supermarkets and fishmongers up and down the country.

There are reports of anglers having great success with fresh mussel meat, and although a little unconventional could have a great impact on your catching rate.

How to Fish With Mussels?

Let’s look at how people commonly fish with mussels so you can give it a go yourself.

Fishing with mussels can be used in many carp fishing approaches if you pair the correct size hook with them.

I’ve read reports of people fishing them under a pole, on feeder set up and even chopped mussels mixed with their pre-baiting mix.

When using them, a hair rig paired with a size 8-10 hook is advised. That’s not to say you can’t use smaller pieces of chopped mussels with smaller hook sizes but just bear in mind that you should balance your hook with the size of the bait you’re using.

As mussels are generally quite rubbery, you should be able to pierce through them with a baiting needing and bait stop without them coming off the hook easily.

As carp will often be found feeding on molluscs in the margins or shallow waters, these should be great areas to target when using them as hook bait.

Another advantage of fishing mussels is that small silver nuisance fish seem not to be too interested in them, and reports that they don’t even seem to pick at the bait.

That being said, though, the chances of hooking a small silver when you’re using larger hooks is slim to no one, but it’s something to keep in mind if you’re looking for a bait that deters silverfish.

What Other Fish Can You Catch?

As well as carp, there are other coarse species that you may hook into.

As I mentioned above, you shouldn’t have many issues with roach or rudd picking away at the bait.

In still waters, large perch and tench are known to take to mussels (as well as prawns) which I’m sure most anglers will be happy to put in the net even if you class yourself as more of a carp angler.

On flowing waters, chubb and barbel have been reported to have been caught using mussels, and some people even swear by their effectiveness.

These are usually fished under floats or rolled along the bottom for barbel.

Depending on where you’re fishing, you may even have the chance of hooking into trout or salmon.

If you’re thinking of giving mussels a go as hook bait, then I’m sure you’ll know which type is best. Typically anglers won’t fish with freshwater mussels due to it being hard to acquire them and also due to their diminishing population in UK freshwater.

Due to this, anglers take to saltwater mussels which can be found in many forms in supermarkets and fishmongers.

Fresh mussels are said to be the most effective at giving off attractive scents and hooking into plenty of carp and other large coarse species.

Another reason these are the best as typically, frozen or pickled mussels will be cooked before freezing or pickling. As carp feed on fresh molluscs in the water, this is what they will be used to coming across.

You should be able to pick these up from fishmongers.

Frozen can also be a good option. These are cheaper and usually come in larger bags already out of the shells, so there is less time in preparation.

You can also buy a large back and only defrost what you plan on using in each fishing session.

A downside of this is that a lot of these may come in some sort of sauce and as you can imagine, you should be trying to find mussels that are not in a sauce.

Jars of mussels typically come pickled. Many anglers say these are not as effective due to the vinegar content used in pickling.

Mussels can be a great unconventional bait for catching carp and other large coarse species. They can be hooked onto hair rigs and paired with larger hooks to work in many carp fishing approaches.

Due to their natural appearance to the fish, they can work extremely well in the correct situation and in the right venue.

They are worth trying at your local venue, and if you do, please leave a comment below to let me know how you got on.