When Are Carp Most Active? – Full Explanation 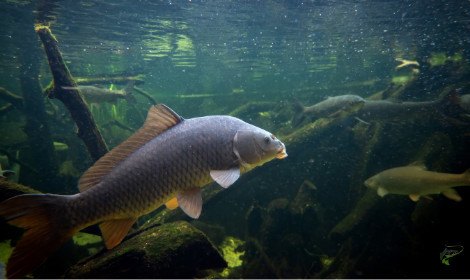 The sound of crunching leaves, the smell of cold in the air, lattes smelling of pumpkin — all of this points to the fact that autumn is beginning. As the summer season winds down, most anglers are gearing up for the winter and the different methods they will use to get a bite in this lazy season.

You’ll sometimes see newbie anglers returning home disappointed as the seasons change because they did not get any bites at all. This situation occurs when the angler fishes at a time when the carp aren’t active at all. Not only will they see very little, if any, carp sloshing in the water, but it’s also unlikely for them to respond to even the tastiest of bait.

Keeping this in mind, we’re all obviously wondering one thing. When are carp most active? All evidence points to the fact that the success of our next fishing trip lies in the answer to this question!

So, do you want all your questions related to carp activity answered? You’re in luck because this guide will help you plan your next fishing trip, which will be a smashing success. So, let’s dive in!

So, When Are Carp Most Active? 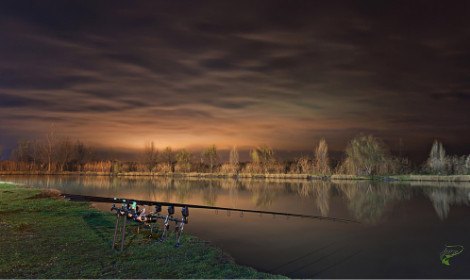 Several factors result in a successful fishing trip. These factors are the angler’s skill and technique, the right equipment, and conditions. Today, we will be dealing with the last of these factors, which is the conditions. Season, temperature, light and wind all play a part in the difference in carp behaviour.

So, when will you see the highest level of carp activity? Generally speaking, the carp are most active at dusk and dawn. The changing light conditions promote carp feeding and will result in great catches if the angler is ready for them.

Most expert anglers camp overnight or head out in the very early morning to catch some big ones. They do so because the carp are at their most active during this time. Carp usually feed best when it is partially dark, so if you prebait the water with some crowd favourites in a productive swim beforehand, you’ll be sure to get a bite!

In the early morning, you’ll have the opportunity to catch carp anywhere —  whether you fish in shallow or deep waters if there are carp there you will have a good chance of catching them. You’ll even see some carp jumping out of the water in this time as they clear their gills of debris from their feeding.

In th summers, the best time to catch carp is when the sun goes down. Anglers will witness the carp coming to the shallower regions of the water to feed as the sun sets. While you may catch carp in the depth at this time, you’ll have a lot of success with surface fishing too as carp tend to come into the top few feet of water when the sun is bright and the water warm! Just fish some buoyant baits such as bread or floating boilies, and you’re good to go.

Another thing that promotes increased carp activity at this time is the increase in insects and crustacean activity as it grows dark. As more of these organisms come out of hiding, the carp begin feeding on them. This feeding allows them to lower their guard and start feeding on artificial baits as well.

Does the Seasons Affect Carp Activity?

Since we’ve covered when the carp are most active during the day, let’s talk about the seasons. Do the seasons have anything to do with it?

Of course, it does! Cold water, warm water, longer days, longer nights — all of these things affect carp activity and are all associated with the seasons. So, what happens to carp activity in the four seasons? Let’s find out! 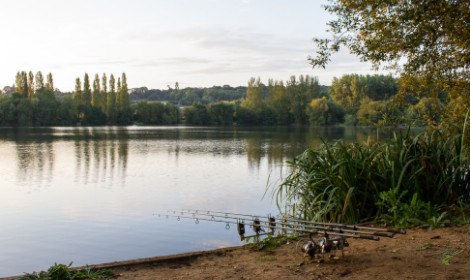 Early spring is a pretty good time to fish for carp. Their activity is relatively high because they’re just waking up from a long period of reduced metabolism in the depth of the waters and are hungry for some food. It’s also the time when you’ll see the carp trolling shallower waters, which makes early spring a great time to practice your surface fishing or margin fishing skills.

However, as spring progresses and the weather grows warmer, most carp population in any area starts spawning. This situation usually results in anglers staying far away from the water in mid to late spring. Why is that?

Firstly, it’s unethical to catch carp while they are spawning as it may result in a decline in their population and upset their natural spawning routine. Secondly, the carp have a one-track mind when spawning season comes around, and they won’t pay your bait any attention at all. 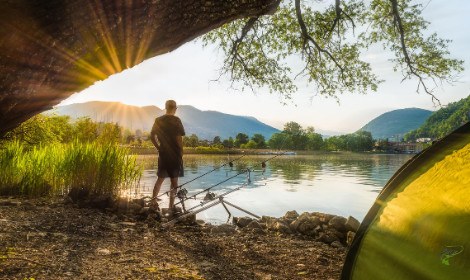 In the summer, the warm weather causes the carp’s metabolism to speed up, resulting in a high degree of activity in this time. Anglers will find that the hungry carp will respond to nearly any kind of bait in this time.

The great thing about the summers is that the carp are ready to bite at any time of the day. While carp usually have high activity all day, you’ll see that dusk and dawn will be the times when you’ll see the most movement in the water.

In addition, the carp take advantage of the cool water and feed extravagantly at night time in the summers. As we mentioned earlier, the higher activity of insects and crustaceans at this time also helps the carp feed at this time.

If you’re fishing during the day, keep an eye out for movement in the weedy areas. Carp will often take cover in weeds where they feel safe and protected. 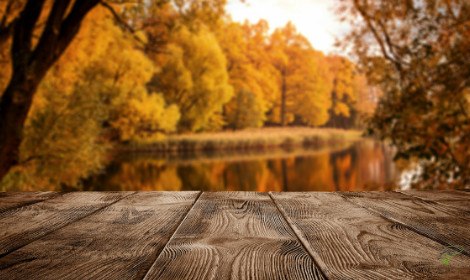 As the leaves grow orange and crispy, most anglers store away their tackle for when the carp are active again. We say doing so is a mistake! While it is true that the carp activity starts getting less and less feverish as the temperature gets cooler, we also see that there’s a decent amount of activity in the water at this time.

Since the carp are preparing for a long winter of lower metabolisms and low activity, they look to store some much-needed nutrients before a sort of hibernating state. You will see that highly nutritious baits such as boilies are pretty popular out on the water, even in the autumn.

Another thing to remember about autumn is that water doesn’t cool down as quickly as the land does. This water quality will lend you some time in the fall to squeeze in some fun fishing trips before winter inevitably comes around and freezes everything in sight.

If you do take a trip in the next few days, make sure to schedule it for the early morning or late afternoon because that is when the carp are most active in the autumn. 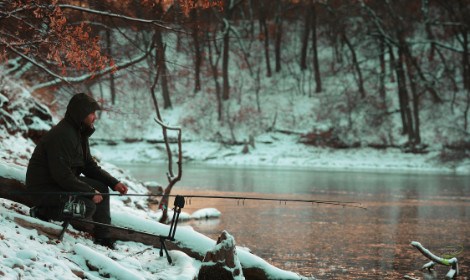 Winter is generally the time with the lowest degree of carp activity. This lowered carp activity occurs because most carp go to sleep or migrate to the depths of the water to brave the cold. You’ll see that a lone carp or two might be swimming in shallower regions looking for food during the warmer times of the day. However, getting a bite will be pretty tricky because their slowed metabolisms will also kill the carp’s appetites.

In this weather, your best bet is to find warmer parts of the water body. These warmer parts are usually a very shallow part of the lake, which warm up very quickly.

Another tactic to apply here is to wait for the warmest part of the day to strike. You’ll see more carp in shallower waters during midday than at any other time in the winter. This situation occurs because the carp chooses the time when the water is warm to feed before heading to the depths again before nightfall.

Well, that’s all we had to say on the varying degrees of carp activity during the different seasons. Since we’re heading into autumn now, don’t just hang up your fishing rod yet! There is plenty of carp to catch before the cold really seeps in. 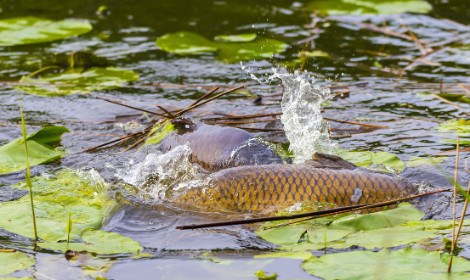 A huge chunk of the early summer is taken up by the close season which the government puts in place to allow the carp to spawn in peace. Because of that, most newbie anglers don’t really know how the carp behave while spawning. This close season is only relevant to river and public bodies of water. Your local commercial fishery should still be open on days where the carp are not spawning.

So, does spawning affect carp activity? The answer is yes, and not in a good way. When the inhabitants of a particular lake or reservoir are spawning, you’ll see that the carp migrate to the surface, and you can see them swishing in and out of the lake in plain sight. However, if an overly excited angler tries to fish a tasty bait, the carp will swim by it without sparing it a backwards glance!

So, one shouldn’t confuse their erratic movements and sloshing with an increased appetite because, during spawning, the carp have no appetite at all.

However, it’s not all hopeless. Knowing when the carp in your local lakes spawn will be a great time to go fishing right before spawning commences and the days following the carp spawn. Why is that?

In the early spring, before spawning begins, the carp are very hungry and looking to bulk up because they’ll forego food in favour of spawning in those few months and will need to have nutrients readily available. Just like before winter, the carp feed heavily before spawning.

When spawning ends, you’ll see that most of the carp have lost their bulk and look much weaker. This situation is because the carp do not feed at all during this time and use up all their fat reservoirs to survive. This situation also means that the carp will be very hungry when spawning ends. They’ll have a few weeks of voracious feeding to satisfy their needs immediately after spawning, followed by the regular summer feeding routine.

So, spawning season isn’t all bad because you’ll get to have a few weeks of great fishing right before spawning begins and immediately after it ends!

Carp fishing is a sport that requires immense degrees of skill and knowledge to go with it. If you know when the carp in a particular lake are at their most active, you’ll be able to have successful fishing trips regardless of the weather or equipment that you’ll use.

So, now that you know when the carp are most active, did it inspire you to plan some fishing trips with the lads for autumn?