What is PVA Mesh Used For? – Carp Fishing 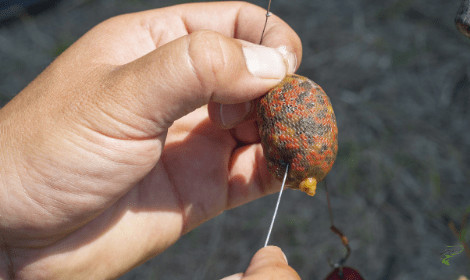 Over the years many new techniques and fishing approaches have been developed and tested by experienced carp anglers that aid in putting fish in the net.

The sport has come a long way from simple fishing methods, with some interesting and creative methods now being used to put more carp in the net.

One of these methods that is pretty modern and thought to have been introduced to the sport in around the late 1980s is the use of PVA mesh and bags in your fishing.

For a lot of, new and even experienced anglers, PVA is not something they have come across, and they have no idea how it works and how it can be used in their fishing approaches: that’s what i’m going to explain in this post.

So, what is PVA mesh used for?

What is PVA Mesh Used for? 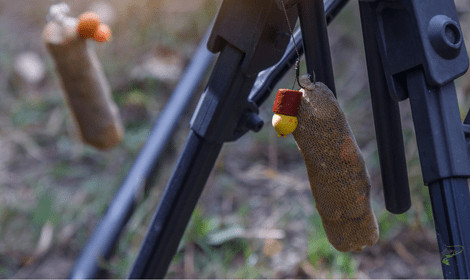 PVA or polyvinyl alcohol is a material that was first used in the medical field, but angling has opened up a whole new market for manufacturers.

It is a water-soluble synthetic polymer which basically means that it is a manufactured textile or fabric that fully dissolves with contact with water.

Is it known for its strength when dry and once it dissolves in the water it is completely non-toxic and poses no risk to fish swimming in the water and has no effect on the ecosystem whatsoever.

This material was first used in angling by sea anglers who would use PVA to tie up rigs before casting to help avoid tangles as they cast large distances and the rig had to sink to relatively deep depths.

The use of this material then spread into more areas of angling, and the first instance for carp angling was the use of PVA string.

This was used to combine many boilies that could then be hooked onto your rig and cast with your rig.

After this, PVA was developed further and manufactured into bags in both mesh and solid forms that could be filled with a large range of carp baits, including, pellets, boilies, hemp, groundbait, tiger nuts and basically any other dry carp bait.

These PVA bags could be hooked onto your simple rigs before casting or some anglers prefer to fully conceal their rig within the bag before filling and casting.

By casting your rig inside the filled bag, your rig can be more aerodynamic for casting large distances, reducing the risk of tangling your hook link also, your presentation may be less suspicious to feeding fish as your hookbait is concealed within a small mound of bait.

Types of PVA For Carp Fishing

PVA mesh “stockings” is the most common type used by carp anglers as it is simple to use and allows you to cast your rig with handfuls of free bait.

However, there are a few other PVA types that are used in carp fishing although they are a lot less common.

Let’s take a look at some of these other ways you can use PVA and how it can help your carp fishing approach.

PVA foam is essentially just buoyant chunks of what feels like foam. They are mainly used for attaching to your hooks when casting into weeds or other debris-covered bottoms.

The foam will stop your hook from getting caught in anything as it sinks to the bottom, and the buoyant foam will also aid your presentation as it allows your hook and bait to rest on the bottom as it melts slowly.

Solid bags work in the same way as PVA mesh and can be filled with any dry carp-attracting baits such as boilies, pellets, hemp, tiger nuts and even dry groundbait.

One of the main benefits of using solid bags over mesh is that PVA-friendly liquid flavourings that are not water-based can be used without melting the bag.

If you were to add these liquids to mesh PVA it can easily run through your bait and out of the bag before and during the cast.

Finer baits can also be fished far more easily as there are no holes for the bait to escape while loading them and during your cast.

When using a solid bag, you want to get your bait as tightly packed as possible to aid casting and also to puncture a few holes in the bag or it may float until the PVA starts to melt, which can drift it away from your swim.

PVA string was the first use of PVA in carp angling, and anglers used it to thread lines of boilies which were then attached to your hook.

This allowed for a few free offerings to be cast with your hook bait but didn’t give the versatility of being able to use all sorts of other baits.

This method can be great to use in the winter when you’re fishing more sparsely to avoid overfeeding carp when their metabolisms are slow due to the decrease in water temperature.

Tape is very similar to string and the only difference is that is has a flat wide shape. Is can be used in the same way as string but is also commonly used for tying the tops of solid of mesh PVA bags.

Since its introduction into carp angling, PVA mesh and other PVA products have become a staple for a lot of anglers for various situations.

PVA mesh bags allow you to easily and effectively bait swims with all sorts of baits simultaneously, unlike method feeders, which really only allow you to cast small handfuls of either groundbait or micro pellets.

PVA mesh bags can be filled with various amounts, so you can have control over how much or little you want to feed, which makes them great throughout the seasons.

Although PVA mesh is the most common use in carp angling, other methods can also be used, which I’ve covered in this post.

Thanks for reading, and I hope this helps.