Why Should you Use Safe Carp Rigs? – Rig Safety 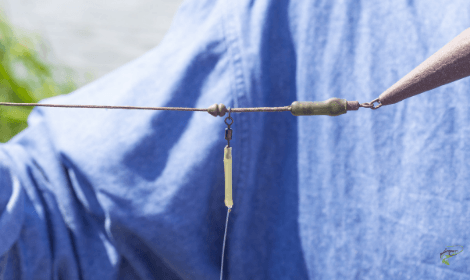 Safe carp rigs have been around for quite some time in the carp fishing world and are now a standard in carp fishing. Let’s dive into safety rigs, what they are, and just how they work.

What are Safe Carp Rigs?

The idea of a safe carp rig is to help the fish escape harm easier in the event of a line break. In the event of the line breaking, a safety clip will release or the feeder will slide off the mainline, allowing the fish to swim without being hampered by your lead weight and giving the fish an opportunity to lose the hook over time.

Why Are Safe Carp Rigs Important?

Safe carp rigs are important in the fact that they help protect carp. Carp typically head for areas filled with snags after being hooked, when this happens, the odds of you losing the fish increase drastically.

Fish can snag up your line in tree branches or stumps and cause a line break due to abrasion or due to weakness in your line from regular use. When this occurs the carp that was hooked without a safety rig would have a section of line with a swivel and lead weight attached hooked to it.

If a carp has a rig that isn’t a safety rig as mentioned above hooked in it still after the line breaks it increases the odds of that fish getting tangled in the same snags it tried to escape to and will die if it cannot release itself from the snag or the hook.

With a safe rig and clip, the line will break after the lead weight and swivel, giving the fish a much greater chance to not snag up on cover like branches, bushes, and stumps and it will also increase the chance of the fish losing the hook over time.

Safe rigs first started making an appearance in the early 90’s being used by famous carp fishermen such as Kevin Nash and Rod Hutchinson. Over the decades to come safety rigs were further refined throughout the carp fishing world and are today a standard for carp anglers. Construction of release mechanisms also became more widespread and are available in most shops and online.

Unsafe carp rigs have been around since recreational carp fishing was a thing. And in decades past was the standard for almost every carp angler. It was not until catch and release caught on in the sportfishing world that things really started to change, and this can be seen with most species, with the Catch and Release mindset really starting to take hold in the early 90’s.

Ensuring your rigs are set-up in a safe manner shouldn’t take any longer and the damage that can be avoided is unquestionable.

Next time you are setting up a carp fishing rig make sure you put a little bit of thought into how the rig will act if your line snaps when there’s a fish on the end.