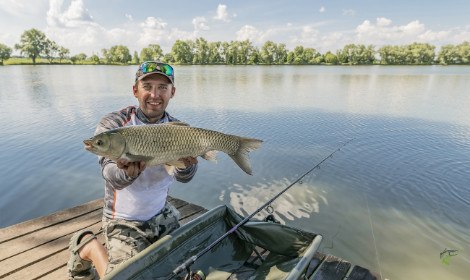 While you’ll see most anglers talking about catching common carp and mirror carp, there is a wide range of other carp species too that you’ll see people catch over the summer in the UK. Some of these species are the crucian carp, the F1 carp, the mirror carp, and the grass carp. The grass carp is an exciting addition to the carp family as it is pretty tricky for anglers to catch it.

There are several reasons why it is challenging to catch grass carp compared to other carp species, one big reason being its mainly herbivorous diet. However, you can still catch grass carp with the appropriate techniques and baits.

If you’re wondering how we can catch this vigilant fighter, we’ve got just the thing for you. This article will cover what grass carp is, how it differs from other carp species, what baits and rigs you can use to catch it, and some additional tricks to help you catch grass carp.

What are Grass Carp? 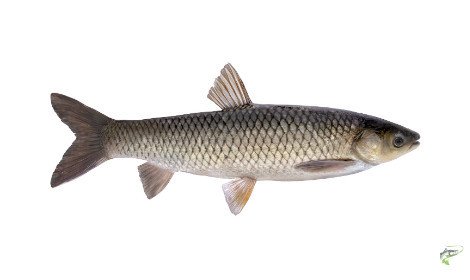 The grass carp is a type of carp that people typically breed for angling and eating purposes. It’s mostly considered a coarse fish in Britain and is never eaten, but it is used as food in several other countries.

The grass carp, also known as Ctenopharyngodon idella, is a comparatively large fish. It has pharyngeal teeth, which give it its scientific name. Its head has no scales, while its body is covered in large scales. It has an oblong, torpedo-shaped body. It is pretty chubby and can weigh up to 88 lb. It has a forked tail.

It is greenish-brown or olive in colour with a lighter, white belly. Some grass carp are silver in colour. It does not have fleshy lips typical of other carp species and also lacks barbels. The scales on the back and side are lined with a dark hue, giving the scales an outlined appearance.

Grass carp is typically a herbivore but will feed on insects or fish eggs if it does not find adequate plant nutrition. It is a voracious feeder and usually eats up to three times its body weight. Most countries introduce grass carp as a way to decrease the growth of uncontrolled aquatic vegetation.

You can usually find grass carp in freshwater streams, fast-flowing rivers, lakes and ponds as those places are where they find an adequate supply of aquatic vegetation and the right conditions to spawn. Grass carp usually spawn when the temperature is in the range of 20°C to 30°C.

It lays its eggs in fast-flowing water as the eggs need to float in water during the incubation period as they die if they sink to the bottom.

Grass carp usually take two years to mature but might continue growing for a much longer time than that.

How They Differ From Other Carp Species

Grass carp also feeds more than other carp species. It can ingest up to 40% of its body weight in food. Since the food is only partially broken down, its excrement can cause algal blooms to occur in its habitat. This behaviour is why it usually causes imbalances in whatever ecosystem that it is a part of.

Grass carp is also a very energetic fighter when you reel it in. It thrashes pretty violently, which is why most anglers consider it a fun challenge to catch grass carp.

It is common for newbie anglers to get confused between the different carp species. Many species, such as the common and grass carp, look quite similar and can be challenging to differentiate. Let’s be honest! It’s difficult to positively identify the carp type anyway when it’s thrashing on the line.

However, that is where we come in. Let’s compare the differences between grass carp and common carp since the common carp is the species that you’re most likely to confuse it with. 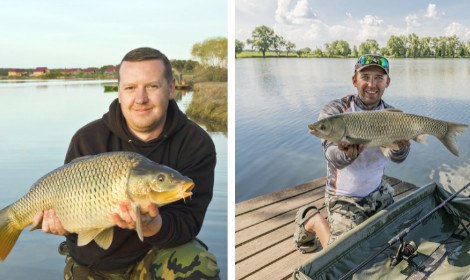 Anglers need to know the physical differences between two similar-looking species to make an identification. So, how are the grass and common carp different? Let’s see.

The grass carp is slender and torpedo-shaped and has no barbels or downward-pointing mouth. On the other hand, the common carp is deep-bodied, chubby, and has two barbels on each side of the mouth. It also has a typical bottom-feeder mouth that points towards the bottom.

Another huge difference lies in their colours. You will find the grass carp in a range of olive green, brown, and silver, whereas the common carp always appears in golden, yellow, and brown hues. However, both of them have light-coloured bellies.

They also differ in their eye placement. The common carp has eyes positioned high up on the head, whereas the grass carp has eyes at the same level as the mouth. This strange distinction can help you easily differentiate between the two carp species.

Well, armed with this information, there’s no way that you won’t be able to recognize a grass carp when you see one.

The Best Baits For Grass Carp 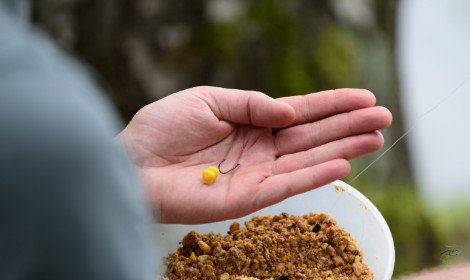 Since grass carp primarily feeds on plants, you need to modify your baits to suit its needs accordingly. If you’re still confused, we have some suggestions!

Some popular baits for grass carp are:

Since most of these baits are widely available, we’re sure you won’t have much trouble modifying your bait supply to attract the grass carp.

The Best Rigs And Tactics To Catch Grass Carp

The grass carp may sometimes look like the common carp, but that’s where the similarities end. The grass carp is quite tricky to catch, and you will need the appropriate gear to make sure that it’s a successful venture.

First of all, make sure that your fishing line is long as grass carp tend to float in the deeper regions of the water. They only move in shallower waters when they are migrating or spawning.

In addition, you will need:

Most anglers prefer to use fishing lines that are not easily visible, such as fluorocarbon lines. You’ll see them use circle hooks for carp fishing because they’re the ones most suitable for a grass carp’s mouth. In addition, make sure to cover your hook with the bait so that no part of the hook is visible because grass carp are naturally very suspicious and will not bite if anything doesn’t look right.

So, now that we’ve covered the specific baits and gear, you’ll need to be a pro at catching grass carp; let’s move on to tactics. Don’t worry; fishing for grass carp isn’t that hard to do! You just need to follow these tactics and make sure that your camera is ready to snap a picture when your line emerges with a huge, struggling grass carp on it!

Let’s dive in, then!

We know by now that grass carp are pretty fond of plant-based foods. To make sure that you score some great catches on your fishing day, pre-bait the area with sweetcorn a few days before so that the grass carp become used to feeding there.

If you want to pack an extra punch, you can make bait balls using sweetcorn and breadcrumbs and pre-bait the area with those.

You can stalk the grass carp if the water is clear enough. If you’ve already pre-baited the area, you might see some grass carp swimming around near the surface. Cast around six feet in front of the carp and let them swarm to the bait.

Sight fishing is a very rewarding technique as you can see exactly where you need to cast and what you need to do to get the carp to bite. Ensure to cast near the fish and not where the fish is as grass carp can easily get spooked.

Do Grass Carp Put Up A Fight After Being Hooked?

You must handle grass carp a certain way if you want them to make a safe journey from the line to the landing net. They put up an energetic fight when they’re close to the rod tip. In this instance, you need to make sure you drag is slack enough, or else the grass carp’s fighting will break it off or pull the hook. They’re also quite large, so it may be a problem if they are struggling uncontrollably.

They react most violently when they see the landing net, so it is necessary to be alert when that happens. We’ve even heard of some grass carp jumping out of the landing net with all their thrashing and struggling!

If you can, carry the fish to a grassy area and place it in an unhooking mat, so it is kept wet and safe during the whole thing and does not thrash violently and injure itself. Exercise caution when you’re taking pictures of it, as it can hurt you or itself with its fight.

Like all things, certain tricks can help you catch grass carp. If you’ve spent some time on the banks, you must have encountered some friendly old-timers who’d be willing to tell you all that they know. That’s why they say that the best place to learn all about carp fishing is right there on the water.

So, what are some tips for catching grass carp that we picked up in our carp fishing adventures? Let’s find out.

Fish In The Warmer Months

Grass carp tend to inhabit places with slow-moving water. These places are also usually densely populated with aquatic vegetation, which is their primary source of food. If you want to find grass carp, try your luck in slow-moving rivers or lakes.

Make Sure There’s No Drag

Use a free-spool line that’s guaranteed to provide no drag as the grass carp is quite wary and will escape if it feels even the tiniest bit of stiff resistance. Once you’ve removed the drag, you won’t be able to tell if anything bites the line. To combat that, keep a finger on the line to feel the bite and get ready to strike into a moving fish.

Whenever you’re hooking on the bait to catch grass carp, make sure that you’re entirely hiding the hook. Even a sliver of something suspicious will scare off the carp.

Grass carp have sharp eyesight and can spot movements outside the water. If you’re planning on surface fishing, make sure to wear neutral tones and don’t make any sudden movements that could spook the carp.

Well, that’s all the information we have on how you can be successful at catching plenty of grass carp.

The grass carp is very popular among anglers who want a challenge because this fish is hard to locate, hard to attract, and puts up quite a fight once it’s caught. If you’re also someone who likes a challenge, we hope this guide to catching grass carp helped you get some ideas about your next fishing trip and what you need to do to shine on the water.

One response to “How to Catch Grass Carp? – Tips & Tricks”