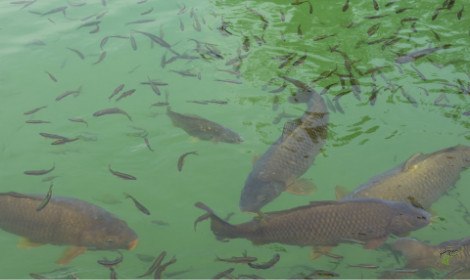 That being said, most newbie anglers try to learn as much about carp fishing as they can before they get to the techniques and the tackle. It’s a good thing to know thy enemy, and it’s also an excellent way to understand what the carp likes, what it dislikes, and how you can get it to bite.

We all know that the carp eats a variety of things. Its longevity in the water comes from its ability to survive on almost any kind of food source.

One of the questions most beginners ask is – do carp eat other fish? The answer is, carp can eat other fish, but they usually don’t. Believe it or not, this mighty coarse fish has a primarily herbivorous diet. However, since it occasionally feeds on small fish, snails, or zooplankton, we classify it as an omnivore.

Are you still confused? Don’t worry; we’ve got all the scoop for you. Are you ready to find out everything about carp diets? Let’s dive in!

Do Carp Eat Other Fish? 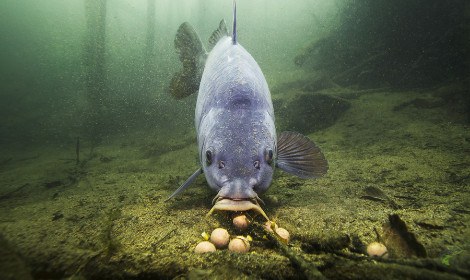 The short answer is yes. Carp do occasionally eat other fish. Since the carp is an omnivore, the fish also hold nutritional value for them. However, you won’t see them gulping smaller fish down left and right, as it is not a very common food source for them.

Why is that? The answer is that the carp is not a very fast fish. Its bulky body and overall lack of speed prevents it from chasing after smaller fish. Since smaller fish are very quick, the carp won’t be able to eat them unless there are some exceptional circumstances.

So, what are these particular circumstances? The first is when the carp is feeding at the bottom, and a smaller fish just gets caught up in the debris that the carp is ingesting. Since the carp acts much like a filter vacuum cleaner, smaller fish can be sucked in without the carp ever targeting them.

The second scenario is when a carp is in a feeding frenzy near a school of small fish. Some smaller fish may become the carp’s dinner since it will suck in anything near its mouth.

However, smaller fish need not worry because these instances are pretty rare in the grand scheme of things. Feeding frenzies usually occur before or after spawning.

Since the carp have a large appetite, don’t count on it to spit out the small fish just because it is not its preferred dinner food. Instead, it’ll happily accept this protein offering owing to its omnivorous nature!

Another scenario where the carp may ingest some small fish is when a fish dies and mixes among the debris at the bottom. Since we all know carp are bottom feeders, they vacuum everything that lies on the waterbed when they’re hungry. The dead fish and any debris and any edible food sources get sucked in, and the carp eats it. Again, you’ll note that most cases of carp eating other fish occur accidentally.

We all have these foods that we can’t resist because they smell of home and make our mouth water. Similarly, the carp also has some extra attachment to certain foods. Anglers use these preferences to create baits that will help them get more bites.

So, what do we know about what the carp likes eating? Let’s see. 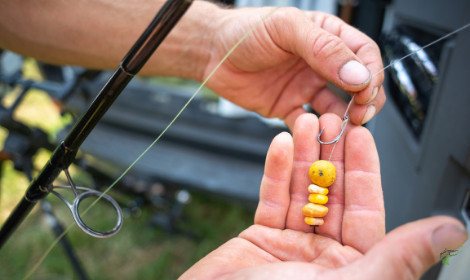 Corn, especially sweetcorn, is a particular favourite among the carp. The sweet taste, the sharp smell, and the bright colour make it one of the cheapest yet the most effective baits on the market.

These little flavoured dough balls are pretty popular in the water too. Since they come in various flavours that the carp love, it’s hard to go wrong with these. 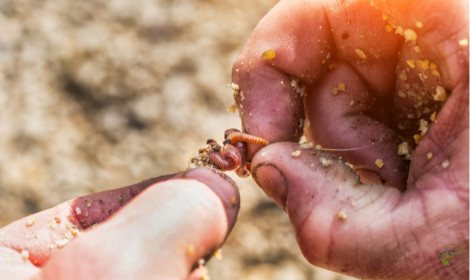 When most people think of fishing, they think of a fishing rod and a can of worms. This scene springs to everyone’s minds because worms are the oldest carp bait which is still quite effective in hooking some carp in the water.

If you ask us, this bait is more of a favorite among anglers than among carp. The anglers love it for its versatility, and the carp love it because it’s tailor-made for their preferences. This bait comes in a ground-up form that you can fill in PVA bags or method feeders.

You can use its oil as an attractant or blend the hemp seed with other things to create a mixture with which you can fill PVA bags or method feeders. In any case, you’ll note that the carp go crazy for anything related to hemp seed. They just can’t resist the smell!

Well, these are some standard baits that carp love to eat. These are also the baits that usually bring anglers their biggest catches. So, if you want to try your luck on the water, these baits are your best bet.

What Does The Carp Eat In The Wild?

Now, we’ve discussed all the things that the carp eats when humans interfere with the water. But what happens when the carp are left to their own devices? If they’re not huge fans of smaller fish, what do they fill themselves up with? Let’s see.

Carp are voracious feeders and they will eat near enough anything they see as having some nutrition benefit to them which often includes insects and other water born creatures.

These insects include grasshoppers, fly larvae such as the mayfly larva, caddis fly larva, moths, and other bugs. You’ll also see carp ingesting mollusks such as snails and a variety of different crustaceans.

Occasionally, the carp may even gulp down a few fish eggs. However, much like with smaller fish, this type of ingestion is usually accidental, too, since carp do not actively seek out other fish’s eggs. With so many fish eggs in the water after spawning season, the carp would have quite an adequate food supply if it liked eating eggs.

How Does The Carp Feed? 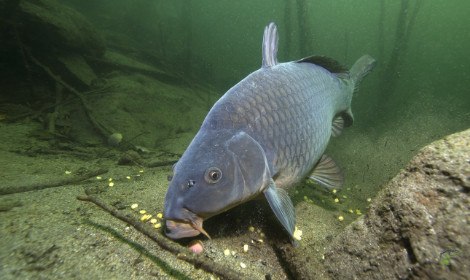 We all know the carp is a voracious bottom-feeder. It usually sucks in anything that comes in its path when it’s hungry, along with quite a bit of debris. It also kicks up quite a lot of silt and debris into the water, causing the water to become muddy, making it inhabitable for many other fish species.

The carp senses food with the help of its barbels, which are the fleshy appendages you see on either side of its mouth. These appendages are not just decorations because they help the carp pick out food that’s hidden under debris or even obscured from view.

After that, the carp’s down turned mouth helps it suck the food in, much like a vacuum cleaner. This step leads the food to the pharyngeal teeth in the back of the carp’s mouth. These teeth grind the food and expel any debris that may have gotten sucked in along with it. The carp’s teeth move circularly to make sure even the toughest foods, such as boilies, are crushed to a pulp in its mouth.

The carp also have some oddly-placed taste buds that help them judge food quality — such as those on the pelvic and pectoral fins, along with those on the back of the head. All of these factors combined make the carp quite a wary eater.

Most of the carp in a particular body of water will slip away when offered a bait that’s commonly used in that water. Why is that? The answer is that the carp knows that the bait comes with a hook. It has an excellent memory and a very suspicious attitude when it comes to food. This characteristic is why prebaiting is so effective in catching a lot of carp.

So, why do you think we say carp fishing is more fun in the summer months? The answer is that the carp have a much faster metabolism in the summer and end up eating up to 2% of their body weight in a single day. However, as the water temperature gets lower, their appetite decreases, marked by their lack of activity.

When the temperature reaches below 8°C, the carp goes into a sort of hibernating state, and its feeding activity stops altogether.

So, do carp eat other fish? We hope you know the answer by now! We always say that the key to becoming a great angler is understanding how the carp behaves and how it should affect your techniques and your choice of bait.

So, what are you waiting for? Take advantage of the lingering summer and reel in some hard-fighting carp with your new skills!