Can You Eat Trout? – Types and Tastes 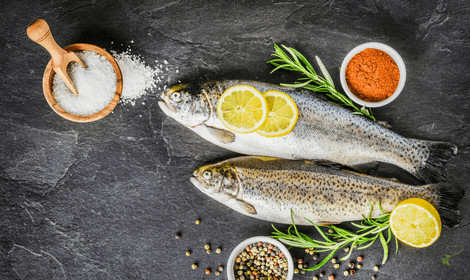 Trout is undoubtedly one of the most popular fish to catch globally. They’re prevalent across most of the globe, with anglers targeting them with many fishing approaches such as bait fishing, lure fishing and, of course, fly fishing.

The majority of trout species are freshwater fish and can be found in lakes, rivers, streams and ponds across the world.

They put up a great fight when caught and can usually be found in picturesque green areas of flowing and still water which lends itself to the appeal to anglers.

Another reason trout are so popular to catch is their value as a food source for many anglers.

So, can you eat trout?

Can You Eat Trout?

Yes, you most certainly can eat a lot of types of trout, and many people will even swear by their flavour as being one of the best freshwater fish to eat.

Their pink flesh (like other fish species) is a great source of protein required in your diet for the healthy growth and sustainability of muscle mass.

Trouts flesh claims itself as one of the highest omega 3 content (EPA and DHA), which are healthy fatty acids and a great benefit to your health and diet.

Omega 3 consumption, especially EPA and DHA found in trout, are proven to help protect the heart and blood vessels from diseases by lowering blood pressure, preventing clots and improving circulation around the body.

Undoubtedly, there are many health benefits of consuming trout, which comes with great flavours: there’s no surprise that this fish is so popular to consume across the world.

There are plenty of types of trout that all have slightly different flavours, but generally, the flavour is classed as “medium” and not overpowering or massively fishy.

Many people will classify trout as having a similar yet milder taste as salmon.

Can You Eat Trout Raw?

Trout can be cooked in plenty of ways, including smoked, baked, grilled and even fried but some people they may have to consume the meat raw (or this might just be what they prefer).

So, can you eat trout raw?

The answer to this is “sometimes”. Depending on the grade of fish you have purchased or where the fish is caught from will depend on if you will be safe to eat raw trout meat.

The problem with eating raw trout meat is that the fish could carry parasites, which, if consumed, can lead to severe vomiting, diarrhoea and abdominal pain.

I’m sure you’ll agree that you’d like to avoid this.

Depending on where you live in the world, some of your packaged fish in stores may be marked as “sashimi” grade. This means that the fish is high-quality and free of parasites to be consumed raw.

Farmed trout is generally not safe to consume raw as these parasites can be common among tightly packed trout on farms.

So yes, there is some trout that can be eaten raw safely, but you need to be very careful and always acknowledge you are taking a risk that it may be contaminated with parasites.

Can You Eat Trout With the Skin On?

Yes, you definitely can eat trout with the skin on, and some people swear by it: as long as it has been cleaned properly and stored correctly before eating.

Some fish contains high levels of mercury and other toxins and contaminants, which are classed as unsafe to eat in high doses.

This mercury content can also be present in the skin of the fish, but trout are generally classed as a low risk of toxins and contaminants.

If fried, the skin becomes crispy and can be extremely tasty to eat.

Can You Eat Trout Bones?

Generally, no, you can’t eat trout bones. That being said, though, if you accidentally consume any small bones left in the fillets, then the chances are they’re not going to do any damage.

Eating any large trout bones and be unfordable and can even scratch your throat on the way down.

Trout are relatively boney fish, but they can be removed rarely easily when preparing the fish.

I’ll get into describing how further through his post.

So, I’ve established that you definitely can eat trout, and it can be extremely tasty and provide plenty of health benefits. However, due to the large number of trout species found across the world then, I’ll put a bit of time into explaining what some of them taste like.

Some are more popular than others, and some are considered not that enjoyable to eat by a lot of people.  But, this is obviously up to you and your specific taste preference. 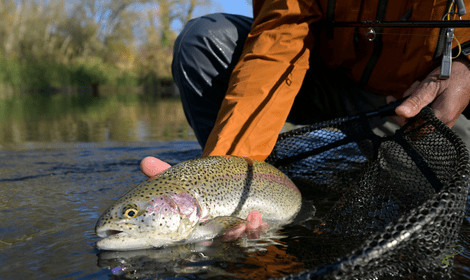 Rainbow trout is one of the most common types of trout to consume. Unlike a lot of trout, the flavour is classed as a milder flavour which may indicate why it is the most popular to eat.

The meat has a delicate texture with a sort of sweet taste.

The flavour of rainbow trout can sometimes be classed as “nutty”. 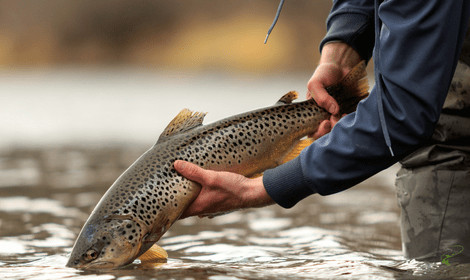 Brown trout are on the opposite end of the taste spectrum and are classed as having a strong flavour that may turn many people off consuming them.

The taste can be a little “fishy” and strong and far from the mild taste of rainbow trout.

Chefs may sometimes choose to soak brown trout fillets in milk overnight before cooking which extracts some of the oil content of the fish and reduces the “fishy flavour.” 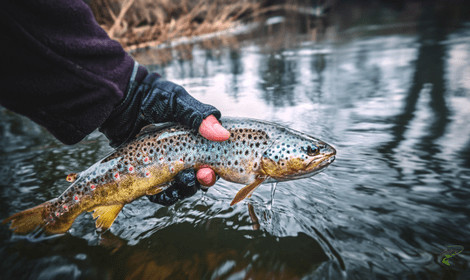 This means they can be cooked in many ways, from fried, grilled or baked, without having to cook them to avoid the overpowering flavour.

How to Prepare Trout? 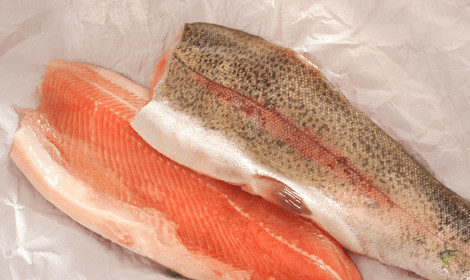 Generally speaking, you will want to fillet the fish when it comes to eating any type of trout.

The process for doing this is almost identical for all types of trout, so I’ll give you a little insight into how you can fillet the next trout you catch fancy tasting.

By filleting your trout in this manner, you don’t need to gut and clean the gut fully. If you want to bake the fish, it is common for you to gut the trout and then bake the trout hole with seasoning and sometimes stuffing.

Remember, if you’re going to fillet the fish and leave the skin on, ensure you have cleaned and removed all of the fish’s scales before consuming it.

How To Catch Trout? 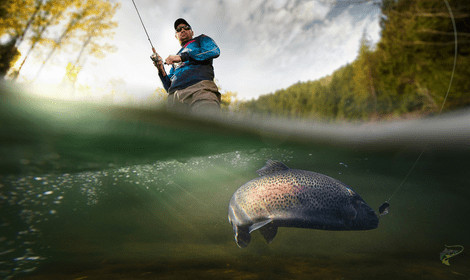 If you’ve read this post and now fancy going out to catch some trout so you can taste it, then you’ll need to know how to catch one.

The good thing about targeting trout is there are so many ways you can catch them, some more complicated than others.

How you approach your trout fishing depends on your skill level and where you’re fishing.

If you plan to fish a stocked fishery, bait such as warms or power bait works great at getting fish in the net. If the fishery allows, spinners can also be great.

Spinners require a simple set-up with no complex knots or techniques.

Tie on your spinner, cast and retrieve consistently to keep the blade moving.

If you’re fishing in small streams or rivers, fly fishing is a great way to target these fish.

By mimicking hatches and natural food sources in the water, you can give yourself a great chance of catching the fish.

Keep in mind that fly fishing is the most complex method of fishing, and takes plenty of knowledge and practice to perfect your cast and fishing approach to get any fish in the net.

So, in short, yes, you can eat trout, and a lot of people enjoy doing so as well.

It contains protein, omega 3, vitamins and minerals and is a healthy food source.

With the many different types come different flavours, with rainbow trout classed as the most preferred and less strong. So, if you’re new to eating trout, this could be your best bet.