Can You Eat Perch? – Taste, Preparation and How to Catch Them 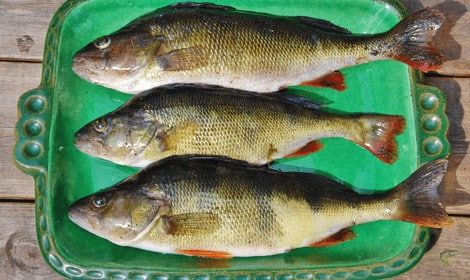 When it comes to fishing for coarse species in the UK, it is primarily classed as a catch and release sport, with very few anglers actively looking to catch coarse species as a food source.

Compared to trout and salmon fishing, this is massively different.

When you hear of people going to catch salmon or trout there’s a large chance they will be planning to take their catch home for the dinner table.

So why do people in the UK heavily avoid catching coarse species to eat them?

In this post, I will focus on one of the most common coarse species swimming in UK water to answer the question “can you eat perch?

Can You Eat Perch?

Of course, if you chose to do so you could easily eat perch. But with this comes an issue, most anglers will fish commercial fisheries up and down the UK that are stocked and privately owned.

At these venues, there is usually a 100% catch and release rule, so even if you wanted to eat the fish, you catch, you’re out of luck.

Perch are found all across the UK and Europe and used to be popular as a food source in victorian times, but now you will find it extremely difficult to find it in shops or fishmongers.

If you’re fishing rivers or other public waters, the UK government has imposed limits on how many you take; if you break these rules you can expect to be heavily fined if you’re caught.

For Perch, this number is 15 per day as long as they are under 20cm.

If you’re in it to eat the perch you catch, this could be a substantial meal to feed a large family for a few nights.

It’s flesh is firm, white and with a flaky texture like a lot of other freshwater fish swimming in UK waters.

So, the bottom line is, although anglers typically don’t eat perch in the UK, you most certainly can.

It is not harmful in any way, but the real question is if perch can be enjoyable to eat, and why do people generally avoid eating it in the UK?

To be completely honest, I’ve never tasted perch myself but have read about a fair few people that have, so this is what I’ve heard perch tastes like.

As a whole, perch is considered a very tasty fish with a sort of “sweet” taste and no fishy aftertaste.

The taste is meant to be delicate and not overpowering.

In some places, people will swap out sea bass or tilapia in recipes as the fish is sometimes easier to come to buy, cheaper and works well in similar recipes.

The texture is flakier than salmon or trout and can be a lot more flavourful than other fish with white meat.

The colour of the uncooked perch meat can range from light pink to deep pink.

If the fish smells fishy after purchasing or removing from your fridge after you have filleted a fish you’ve caught, then there is most likely something wrong with the meat, and you should not consume it.

When purchasing raw, the fish should only have a very slight odour.

Now that we’ve established that you can eat perch and it actually tastes good considering the majority of people not even considering eating it in the UK we’ll take a look at some of the best ways to cook it if you’re feeling adventurous.

Many swear by deep-frying perch in either batter or breadcrumbs, just like the chip shop will deep fry your cod or haddock.

The steps to preparing the perch for frying are fairly easy:

Once you’ve removed the filets from the fish you’re ready to start the cooking process:

How to Catch Perch? 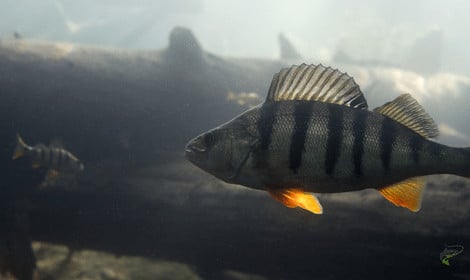 Now that you know that you can eat perch, they taste nice, and they can be cooked easily and nicely by deep frying the fillets similar to chip shop fish, then I’ll not be surprised if you’re now asking how you’re going to manage to get your hands on some of these fish.

If you’re in the UK or just want to try your hand at catching them for yourself, then you’re in luck. Perch are actually relatively easy to catch if you know where to look for them.

They can be caught on spinners, maggots, worms, flies, or I’ve even caught a few large perch using frozen prawns.

Perch can be found all over the UK in rivers, lakes and ponds, and once you come across one, you’ll be extremely likely to find a lot more as they generally travel in shoals.

Spinners fishing with small mepps spinners is probably the easiest way to catch them.

All you need to do is tie on a small spinner and cover a lot of water consistently casting and retrieving.

Once you hook into a perch, you can consistently fish this area, and the chances are you’ll get a few more fish in your bag.

Believe it or not, perch is classed as a tasty fish and if more people voucher for their taste publically, a lot more of us could be eating the white flaky meat like they are in Europe.

You should now have a decent understanding of what it tastes like, how to prepare and cook it and how to catch them if you’re wanting to have a taste.

If you have any questions, feel free to leave a comment below, and i’l get back to you ASAP.

2 responses to “Can You Eat Perch? – Taste, Preparation and How to Catch Them”